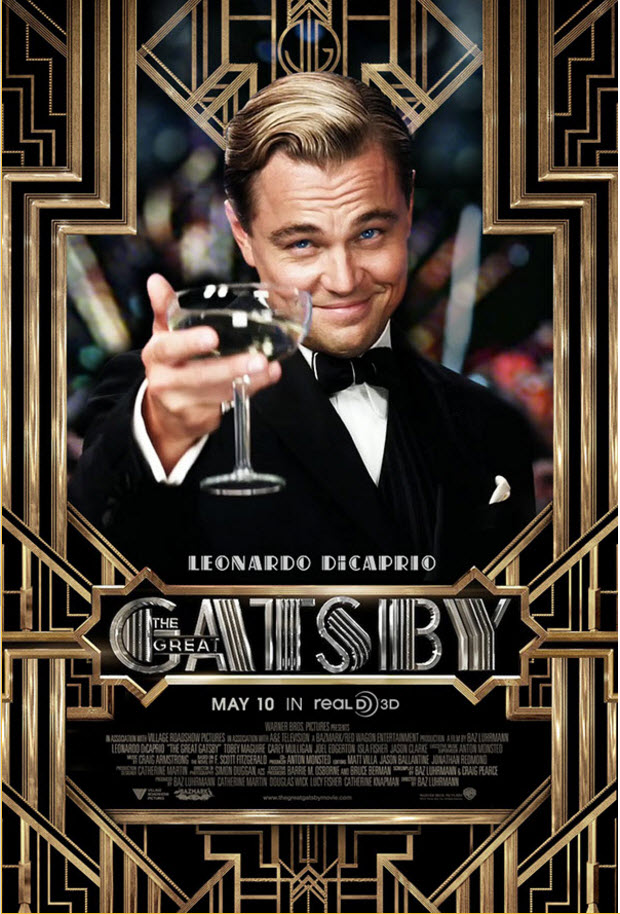 The Great Gatsby follows Fitzgerald-like, would-be writer Nick Carraway (Tobey Maguire) as he leaves the Midwest and comes to New York City in the spring of 1922, an era of loosening morals, glittering jazz and bootleg kings.

Chasing his own American Dream, Nick lands next door to a mysterious, party-giving millionaire, Jay Gatsby (Leonardo DiCaprio) and across the bay from his cousin, Daisy (Carey Mulligan) and her philandering, blue-blooded husband, Tom Buchanan (Joel Edgerton).

It is thus that Nick is drawn into the captivating world of the super-rich, their illusions, loves and deceits. As Nick bears witness, within and without the world he inhabits, he pens a tale of impossible love, incorruptible dreams and high-octane tragedy, and holds a mirror to our own modern times and struggles.

Leonardo DiCaprio says he wanted to play Jay Gatsby because he was drawn to “the idea of a man who came from absolutely nothing, who created himself solely from his own imagination. Gatsby’s one of those iconic characters because he can be interpreted in so many ways: a hopeless romantic, a completely obsessed wacko or a dangerous gangster, clinging to wealth.”

Director Baz Luhrmann’s Oscar-winning film was adapted from F. Scott Fitzgerald’s novel. It was released in May of 2013 and is now available on DVD and streaming channels. 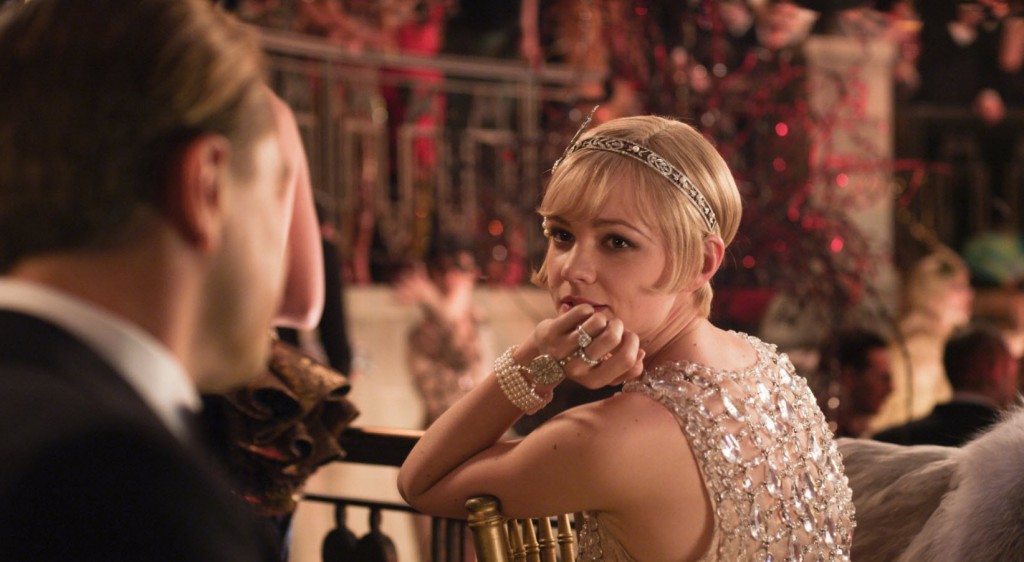 Now on DVD – The Special Edition of Gatsby
The Great Gatsby DVD was released in August of 2013, but in October of 2014 Warner Bros. released a 2-DVD set that included a variety of special features. Read about the Special Features DVD Review from Kristen Kranz at hypable:

The Greatness of Gatsby
The first of the extras, this feature tells all about how Baz Luhrman became entranced with the project and the initial things that inspired his glorious rendition, especially certain scenes from the novel that really resonated with him. Luhrman had certain actors in mind for Nick and Gatsby from the outset, and contacted them as soon as the idea was fully formed in his head.

They go on to talk about how the story evolved from the novel to the actualized concept on-screen. For anyone looking to see just how a director becomes inspired, this is a great example of how something as simple as listening to an audio book on the train can trigger an idea for a film. 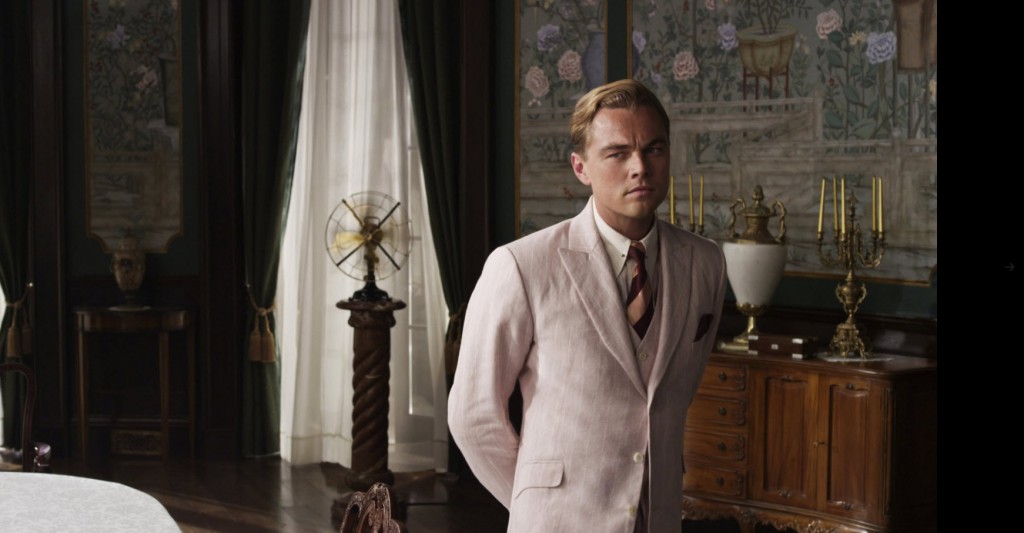 ‘Within and Without with Tobey McGuire’
Next up is Tobey McGuire’s behind the scenes footage. In addition to getting a glimpse of some of your favorite actors busying themselves with the task of bringing some of the most beloved literary characters of all time to life, we also see a seemingly happy-go-lucky Baz Luhrman directing his actors on an unfortunate weather day.
It’s always fun to follow the actors around and see the process that goes into bringing such dynamic characters to life, and this vignette is exactly that.

‘The Swinging Sounds of Gatsby’
And then we get to dive into the music of the 1920s in “The Swinging Sounds of Gatsby” as we learn just how massive the role of music is in painting the world of the film. The feature includes some of your favorite faces, including Leonardo DiCaprio, Jay-Z, Florence Welch, Lana Del Ray, The XX, as well as assorted technical artists from the crew.

They talk all about why they integrated hip hop and jazz, and how exactly those two drastically different musical motifs can work together to illustrate the wonderful world of the 1920s. Music always has a special place in a Baz Luhrman film, so seeing the magic of his musical genius come alive is mesmerizing, as is his collection of famously musical friends. 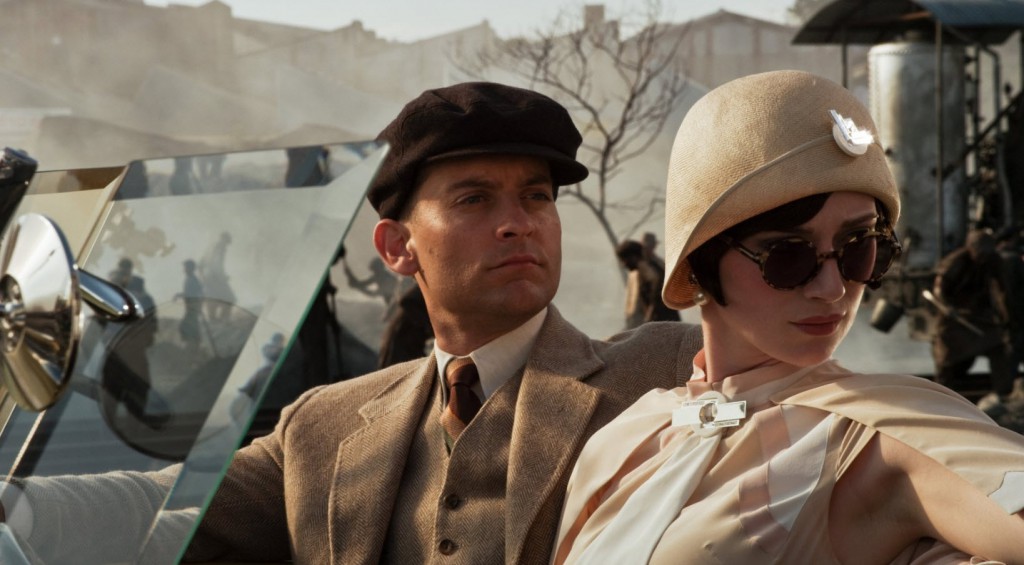 ‘The Jazz Age’
Next up is “The Jazz Age” which takes a look at the story of the author responsible for the novel that inspired the film, F. Scott Fitzgerald. The feature illustrates the rise and fall of his career including the fascinating history of himself, his wife, and the decade that sets the scene for The Great Gatsby.

While not the most mesmerizing of the extras available on the Blu-ray, it is certainly interesting, especially if you are at all curious about the time period Fitzgerald himself coined as “the jazz age.” However, you may want to skip it if you are in a time crunch or not a history buff, as it is rather lengthy and monotone.

‘Razzle Dazzle: The Fashion of the ’20s’
In “Razzle Dazzle: The Fashion of the ’20s” the clothes take center stage as we get a look at the fashion of the film through the eyes of Baz Luhrman, Catherine Martin (costume designer), and many of the actors. Details are always key to succeeding in a clear vision in terms to the fashion of film, and this feature does a great job of showing how Luhrman and Martin went about giving those details their due in The Great Gatsby.

‘Fitzgerald’s Visual Poetry’
This feature talks all about how Baz Luhrman decided to solve the overwhelming problem of Nick Carraway’s internal thoughts becoming the embodiment of the film. In order to effectively tell the story, they had to find a way to illustrate his thoughts and re-telling of the story visually. This came alive in the text that morphed and disintegrated on the literal surface of the screen. 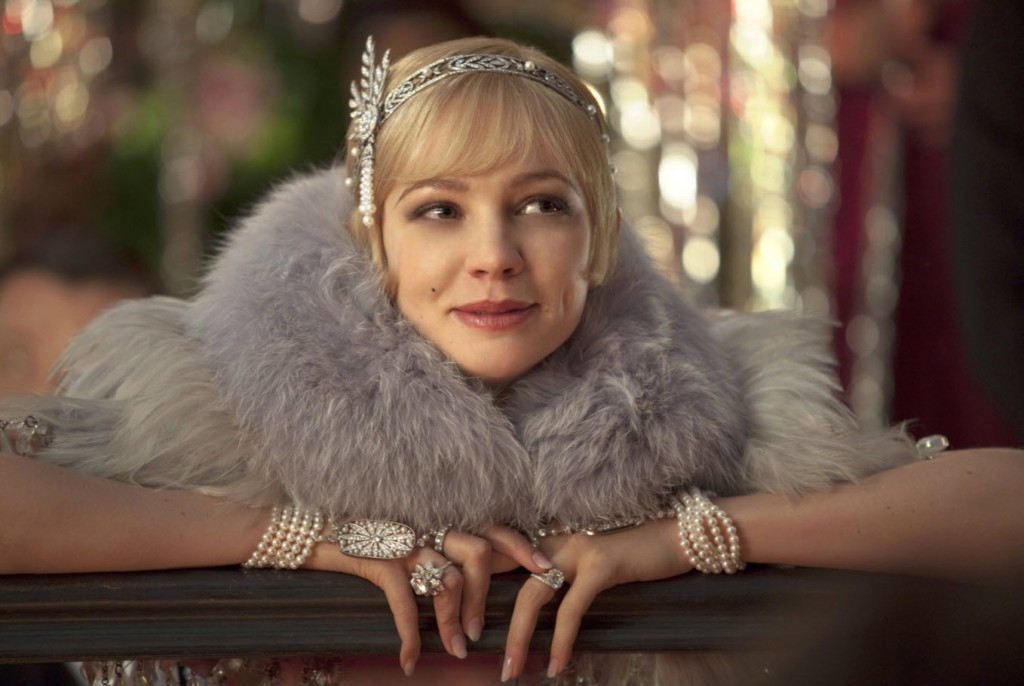 ‘Gatsby Revealed’
If you only watch one of the extras on this disc, make it “Gatsby Revealed” in all its glory. A 5-part mini-series outlining the process of filming 5 of the biggest, most definitive moments in the movie: the parties, the high-speed car ride, Daisy and Gatsby’s reuniting, the fight at The Plaza, and the discussion with Nick around the pool. It gives great insight into Baz Luhrman’s vision for the film, and tells the story of why things did or did not quite work out as expected.

‘Deleted Scenes’
The extra that everyone skips to first, the deleted scenes for The Great Gatsby are not really extravagant or spectacular. It’s easy to see why they deleted these scenes, whether you watch with Luhrman’s introductions or not. The only highlight from this collection is the alternate ending which shows great performances from McGuire and Edgerton, but it’s not hard to understand why they ultimately went another way. 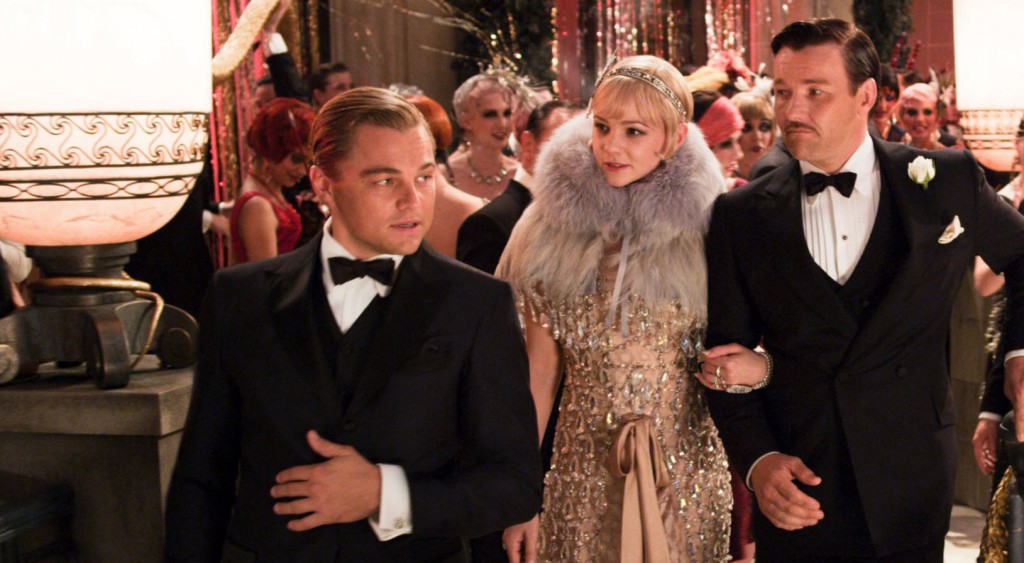 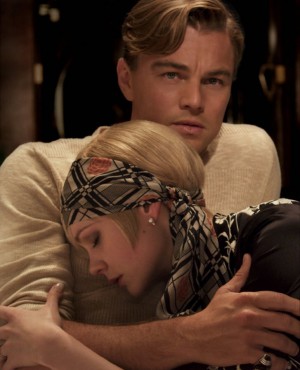 The last item is a trailer from the lost silent version of The Great Gatsby directed by Herbert Brenon in 1926. It’s not as flashy or bright as the Luhrman version, but taking a look back to a very old incarnation of this story just reminds us all of how this story has endured and how it will always be regarded a classic.

To learn more about F. Scott and Zelda Fitzgerald, their tumultuous love story, their lives, work, and the early Gatsby girls who were inspired by Zelda, check out F. Scott Fitzgerald’s Gatsby Girls.