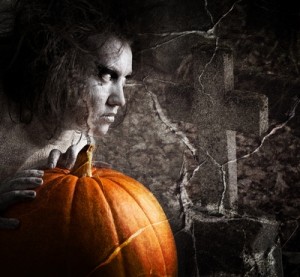 The public’s thirst for vampires seems as endless as vampires’ thirst for blood. Modern writers of vampire fiction, including Stephenie Meyer, Anne Rice, Stephen King and countless others, have a rich vein of vampire lore to draw from. But where did the vampires come from?

The most famous vampire is, of course, Bram Stoker’s Dracula, though those looking for a historical “real” Dracula often cite Romanian prince Vlad Tepes (1431-1476), after whom Stoker is said to have modeled some aspects of his Dracula character. The characterization of Tepes as a vampire, however, is a distinctly Western one; in Romania, he is viewed not as a blood-drinking sadist but as a national hero. He is also known as Vlad Dracula (“son of the dragon”), a name that comes from his father’s membership in the Order of the Dragon, knights who upheld Christianity and defended the empire from the Ottoman Turks.

The vampires most people are familiar with (such as Dracula) are revenants — human corpses that are said to return from the grave to harm the living; these vampires have Slavic origins only a few hundred years old. But other, older, versions of the vampire were not thought to be human at all but instead supernatural, possibly demonic, entities that did not take human form.

Matthew Beresford, author of “From Demons to Dracula: The Creation of the Modern Vampire Myth” notes that “There are clear foundations for the vampire in the ancient world, and it is impossible to prove when the myth first arose. There are suggestions that the vampire was born out of sorcery in ancient Egypt, a demon summoned into this world from some other.” There are many variations of vampires from around the world. There are Asian vampires, such as the Chinese jianshi, evil spirits that attack people and drain their life energy; the blood-drinking Wrathful Deities that appear in the “Tibetan Book of the Dead,” and many others.

Interest and belief in revenants surged in the Middle Ages in Europe. Though in most modern stories the classic way to become a vampire is to be bitten by one, that is a relatively new twist. In his book “Vampires, Burial, and Death: Folklore and Reality,” folklorist Paul Barber noted that centuries ago, “Often potential revenants can be identified at birth, usually by some abnormality, some defect, as when a child is born with teeth. Similarly suspicious are children born with an extra nipple (in Romania, for example); with a lack of cartilage in the nose, or a split lower lip (in Russia) … When a child is born with a red caul, or amniotic membrane, covering its head, this was regarded throughout much of Europe as presumptive evidence that it is destined to return from the dead.” Such minor deformities were looked upon as evil omens, and it is likely that many infants were killed immediately when these signs were discovered; those who survived grew up bearing the burden of public suspicion.

The belief in vampires stems from superstition and mistaken assumptions about post-mortem decay. The first recorded accounts of vampires follow a consistent pattern: Some unexplained misfortune would befall a person, family, or town — perhaps a drought dried up crops, or an infectious disease struck. Before science could explain weather patterns and germ theory, any bad event for which there was not an obvious cause might be blamed on a vampire. Vampires were one easy answer to the age-old question of why bad things happen to good people.

Villagers combined their belief that something had cursed them with fear of the dead, and concluded that perhaps the recently deceased might be responsible, having come back from the graves with evil intent. Graves were unearthed, and surprised villagers often mistook ordinary decomposition processes for supernatural phenomenon. For example, though laypeople might assume that a body would decompose immediately, if the coffin is well sealed and buried in winter, putrefaction might be delayed by weeks or months; intestinal decomposition creates bloating which can force blood up into the mouth, making it look like a dead body has recently sucked blood. These processes are well understood by modern doctors and morticians, but in medieval Europe were taken as unmistakable signs that vampires were real and existed among them.

In some traditions the best way to stop a vampire is to carry a small bag of salt with you. If you are being chased, you need only to spill the salt on the ground behind you, at which point the vampire is obligated to stop and count each and every grain before continuing the pursuit. If you don’t have salt handy, some say that any small granules will do, including birdseed or sand. Others say that there’s an unwritten rule of vampire etiquette that they cannot enter a home unless formally invited in.

Centuries ago, it was not uncommon for suspected vampires to be staked in their graves. The idea was to physically pin the vampire to the earth, and the chest was chosen because it’s the trunk of the body, not because of any particular symbolic connection to the heart. Other traditional methods of preventing vampires included burying (or re-burying) the bodies face-down and decapitation, which often included stuffing the severed head’s mouth with garlic or bricks.

There are, of course, a few truly vampiric animals, including leeches, lampreys and vampire bats. And in all these cases the vampire’s intent is to draw enough blood for sustenance, but not enough to kill the host. But what about human vampires? There are certainly many self-identified vampires who participate in gothic-inspired subcultures. Some host vampire-themed book clubs or secret bloodletting rituals; others wear capes or get vampire fang dental implants. But blood drinking is another matter entirely. The problem is that blood is toxic; because it is so rich in iron — and because the human body has difficulty excreting excess iron — anyone who consumes blood regularly runs a real risk of haemochromatosis (iron overdose), which can cause a wide variety of diseases and problems, including liver and nervous system damage.

Vampires have been part of human culture and folklore in different forms for millennia, and the bloodsuckers show no signs of going away any time soon. Unless, of course, the zombie apocalypse wipes them out.

Written by Benjamin Radford at livescience.com