We’ve all had that wonderful 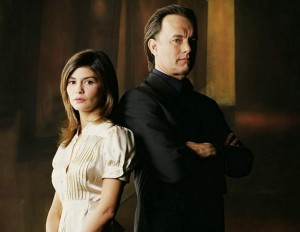 experience reading a book–you know the one where we can’t help but dream of seeing a story come to life on the big screen. “This would make the best movie!” we tell our friends, and we even consider actors we would love to see in the lead roles. Then something magical happens and some executive in Hollywood decides to echo your sentiment and greenlight the story for the silver screen.

The studio informs you that so and so has been cast as the lead role and you have mixed reactions. You’re nervous, but optimistic, and will hold back all judgement until you actually see the film.

Months of waiting (maybe even years) are over and you find yourself sitting in the dark movie theatre, anxiously awaiting the roller coaster of emotion you are about to go on. When suddenly, there is only a drop. A long, slow, boring, uninteresting drop, with no recovery in site. They’ve ruined your favorite book! How could they change the character/s so much? How could the ending be so completely different. . .and WRONG? Why does this movie suck so badly???

We’ve compiled a list of our top 5 Good Books that were cruelly turned into Bad Movies. If you haven’t seen any of these films, consider yourself lucky. We still hope that you will read the books because they are worth it. Besides, sometimes you just can’t beat a good book no matter how hard you try.

The 1995 film “freely adapted” from Nathaniel Hawthorne’s novel starring Demi Moore and Gary Oldman is frequently cited as the worst film adaptation of a classic book ever made. The movie was a box office bomb, a failure with critics, and even garnered some of those infamous Razzie awards for the most terrible movies of the year.

Ann Rice fans couldn’t wait to see another vampire film after the success of Interview with the Vampire. What they got was a shock to their system more painful than a wooden stake through the heart. The Queen of the Damned fell flat on its face, mostly due to its terrible casting, a changed storyline, and terrible dialogue. This film is about as campy as they come. Add in the fact that star, Aaliyah died in a plane crash shortly after filming, and this movie is loaded with negative vibes.

Who thought it would be a great idea to include songs by Lana Del Rey and Jay Z to a film about the early 20th century? It’s like watching one giant music video that completely lacks the fire and intrigue created from the book. The visuals might have been impressive, but nothing beats the story you get on your own with the book.

What makes Dan Brown’s novel a best seller is evidently not present in this dull and bloated movie adaptation. Anthony Lane of the New Yorker said, “The Catholic Church has nothing to fear from this film. It is not just tripe. It is self-evident, spirit-lowering tripe that could not conceivably cause a single member of the flock to turn aside from the faith.”

The scenery is nice to look at, and Julia Roberts is as luminous as ever, but without the spiritual and emotional weight of the book that inspired it, Eat Pray Love is too shallow to resonate. The film is mostly a bore; never giving us a compelling reason why its heroine does what she does, or how she became quite so tiresomely self- absorbed.