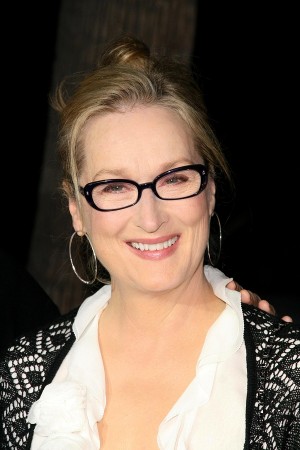 Considered by many to be the greatest actress of all time, Meryl Streep has the rare gift of being talented, humble, ambitious, and proficient—all at the same time. She has been nominated for an Academy Award® a record 18 times ( having won three of them), won two out of her three Emmy Nominations and eight of her 28 Golden Globe nominations. Her first Oscar® nomination was for her performance in the 1979 Best Picture film, The Deer Hunter and she took home her first Oscar for her Best Supporting Role in the 1980 Best Picture film, Kramer vs. Kramer.

Streep grew up in Bernardsville, New Jersey and got her M.F.A. from the Yale School of Drama. Shortly after graduation, she began auditioning and working on Broadway and it wasn’t long after this that she took an interest in film.

A chameleon on screen, Meryl Streep spent much of the 1980s submerged in a variety of roles. In Sophie’s Choice (1982), she convincingly played a Polish woman traumatized by her experiences during the Holocaust. Streep won her second Academy Award — her first for Best Actress — for her work on this film. In Out of Africa (1985), she took on the role of a Danish plantation owner living in Kenya. The role earned her another Academy Award nomination.

Throughout the ‘90s and into the new millennium , Streep has worked and worked and worked. She has starred in a long list of films that include Postcards from the Edge, The Bridges of Madison County, Adaptation and The Devil Wears Prada. She was nominated for Academy Awards for her performance in each of them. Her third Oscar came for her performance as British Prime Minister Margaret Thatcher in The Iron Lady.

Meryl has been married to Don Gummer since 1978, and the couple now have four children. One of her daughters, Grace, has decided to follow her mother’s footsteps and take a shot as an actress. She’s got one of the best teachers in the world in her corner.

Meryl’s latest film, Ricki and the Flash, tells the story of a woman who chooses a life of rock and roll over the life of family mom. Catch the trailer below:

She is an international role model for women and girls everywhere and helps numerous charities regularly. Most notably, she is the National Spokesperson for the National Woman’s History Museum to whom she has donated significant amounts of money and hosted numerous events.

Meryl Streep plans to establish two scholarship funds for students at the University of Massachusetts Lowell, UMass Lowell said Wednesday. The scholarships will be endowed with all net proceeds from her Streep’s scheduled appearance Feb. 5 at the Tsongas Center at UMass Lowell. The new Meryl Streep Endowed Scholarship Fund will assist outstanding UMass Lowell English majors with the cost of their education, the university said.

She also contributes to 10X10, American Foundation for AIDS Research, and Stand Up To Cancer, as well as many other worthy organizations.