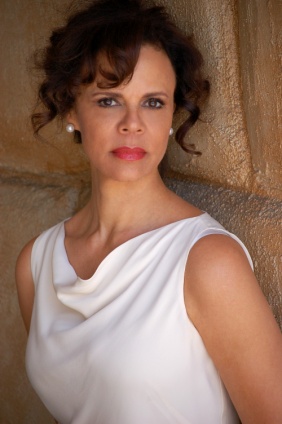 Ms. Pratt is a five-time Emmy nominee, a Golden Globe nominee and was chosen for the Top Ten short list for the Academy Awards for her live action short film Girlfriends. She has received the Lillian Gish Award from Women in Film, The Angel Award, The Golden Block Award, and six B.E.N. Awards. As Co-Executive Producer and Head Writer for the ground-breaking television series Quantum Leap. Ms. Pratt wrote 25 episodes and co-wrote an additional 15 episodes and has produced over 100 hours of network programs. She made her directorial debut on Cora Unashamed for the BBC’s Masterpiece Theatre’s The American Collection, which aired on both PBS and the BBC.

The Tempting: Seducing the Nephilim

Eve Dowling left Thibodaux Hospital and never looked back. She didn’t want to look back… ever. She and her son Philip moved into the west wing of the Gregiore Estate mansion with husband-to-be, Beau Le Masters and, by all appearances, they were already the perfect, happy family. Was Eve’s life a dream? Some days were harder than others when she could not shake the shadowy fear that seeped into her sleep and turned her dreams into nightmares. Nightmares of being ravaged by an exotic creature that she comes to believe is a Nephilim.

Read the First Chapter of The Tempting Here

Age of Eve
By D.M. Pratt 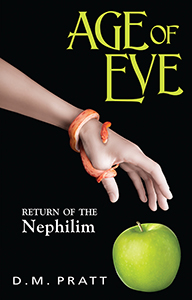 Eve Dowling, a talented writer for a successful magazine that covers New Orleans society events, is leading an exciting life filled with friends, family and work–until it is turned upside down by a fateful encounter with a stunningly handsome mystery man who ignites her most sensual fantasies.

When Eve awakes naked, sexually ravaged and alone in the garden of one of New Orleans’ most historic homes, she begins her search to uncover who this mystery man really is. She tracks him through the dark side of Old Algiers with the aid of one of its most famous Voodoo priestesses to an abandoned sanitarium in the heart of the swamplands surrounding New Orleans. It is there she first confronts two creatures, first described in ancient Hebrew and Christian texts as the Nephilim or “fallen sons of God,” who vye to posess her body and soul and keep her from true love with her mystery man.

Read the First Two Chapters of Age of Eve Here