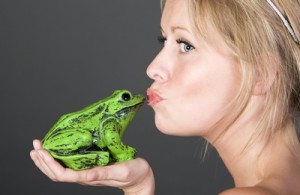 LOS ANGELES  (December 3, 2012) This week BroadLit, a new multi-media company that is bringing the world of vintage and new romance content to women, releases the first round of results from its survey on TruLOVEstories.com asking women what they really want in a man.

Let’s face it, no one is perfect!  But when it comes to love, everyone has an “ideal” they’d like to find, or help their boyfriends/husbands to become in a relationship. Whether a woman is looking for (or has already found) “tall, dark and handsome,” someone who makes her laugh, a successful entrepreneur, or a man who makes her feel special, the survey hopes to learn more about what matters most to women.

Over 200 women have already responded to the survey. When asked what irritates them most about their boyfriend/husband, 33% of the respondents answered: “He forgets most things I tell him.”

More than 10% answered: “He makes plans without checking with me or changes plans and doesn’t tell me.” Another 10% are annoyed by their boyfriends because, “He flirts with other women.”

The survey also asks what women believe is the most important quality a man should have? Survey says (so far): Humor (75%).

Some advice for men: Listen to your girlfriend, make her laugh, don’t flirt, and clean up after yourself. Who knows? It might put a lot more romance in your life.

And for the occasionally frustrated, annoyed, angry girlfriends looking for a little fun “payback,” BroadLit has just released a new mobile game – Girlfriends Strike Back. Download the game for free on your iPhone, at Google Play, or on your Kindle. The game is coming soon for Nooks and iPads.

Women who would like to add their voice to the survey, can go to TruLOVEstories.com.

By combining the popular genre of romance with the emerging world of new media technology BroadLit is putting a new slant on romance and delivering it to today’s women. With the launch of its online romance hub TruLOVEstories.com, BroadLit features ebooks, casual digital games, merchandise, and other features to fulfill every romance seekers desire for more.

In 2011, the company has purchased the assets of True Romance and True Love Magazines and owns nearly 100 years of women’s stories. BroadLit has release six TruLOVE Collection books, each of which include 12 to 14 classic love stories based on a theme – When Love Goes Bad, Falling in Love. . .Again, Losing It for Love, Forbidden Love, When Love Sizzles and Love in Strange Places.

BroadLit has also launched two original series. The first is the “Second Acts” romance series which includes Sleeping with Dogs and Other Lovers and Starstruck Romance and Other Hollywood Tails. The second orginal series, “The Infinity Diaries,” was released on October 30, 2012 with Aris Returns. Aris hit the ebook bestseller lists on Barnes and Noble and on Amazon in its first week. The company’s third new series, “The Return of the Nephilim,” will launch in February, 2013, with Age of Eve. The series is written by Quantum Leap’s head writer and co-executive producer Deborah Pratt.

In addition, BroadLit  has created new content for internet radio programs, a dedicated YouTube channel, and launched its new mobile game, Girlfriends Strike Back, which is available for both Android and iOS systems.