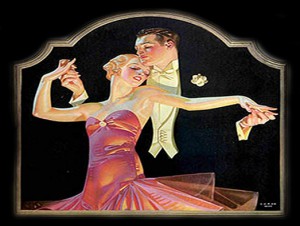 Fitzgerald, one of the foremost writers of American fiction, found early success as a short story writer for the most widely read magazine of the early 20th century — the Saturday Evening Post. Fitzgerald’s stories, first published by the Post between 1920 and 1922, brought the Jazz Age and the “flapper” to life and confirmed that America was changing faster than ever before. Women were bobbing their hair, drinking and flirting shamelessly, and Fitzgerald brought these exciting Gatsby Girls to life in the pages of the Post.

Join the lively discussion of each of the stories in Fitzgerald’s Gatsby Girls between Kirk Curnutt, professor and chair of English at Troy University’s Montgomery Campus in Montgomery, Alabama, and Ashley Gordon of “Reading for the Rest of Us.”

The Off Shore Pirate (Full Version)

Different From The Great Gatsby

The Purpose of Romance Fiction