Breakups are the worst.  But nothing compares to the breakups we’ve seen in movies. Now those are harsh. After re-watching Forgetting Sarah Marshall on a plane, we were reminded of that fact and inspired (believe it or not) to find some of the roughest lines screenwriters have dreamed up. Why? Sometimes it helps to know things could be worse, and that even the harshest breakups are possible to recover from. Here are some of the most cringe-worthy moments in movie splits. Spoiler: Usually, these breakups led to a happy ending, so it’s all good. 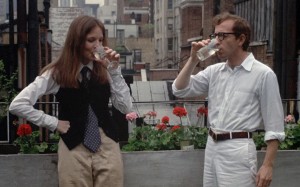 The Breakup Line: “A relationship, I think, is like a shark. You know? It has to constantly move forward or it dies. And I think what we got on our hands is a dead shark.”

Perhaps it’s the passive aggression. Or the slow-meander to the clincher. Or the comparison to one of nature’s most terrifying killers. Whatever it is, this is one big breakup smack down line.

The Movie: The Wedding Singer 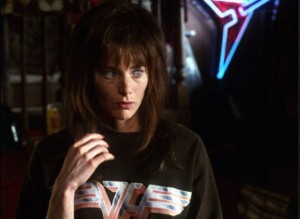 The Breakup Line: “Hey, psycho, we’re not gonna discuss this, OK? It’s over. Please get out of my Van Halen T-shirt before you jinx the band and they breakup.”

Even if you don’t buy into the superstition thing, we all know that jinxing feeling. That bad energy that springs up out of nowhere and blackens everything in sight. One friend of ours is convinced that he failed his driving test six times because he was jinxed by a breakup. Illuminating stuff. Suddenly that unsold manuscript is explained. 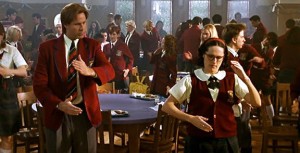 The Breakup Line: “I made up a new dance. It’s called the Move on with Your Life.”

If someone used this on me, it would make me want to stay with them. And that’s a different kind of hard. I’d want to laugh, set down the tequila and join in on the moves. 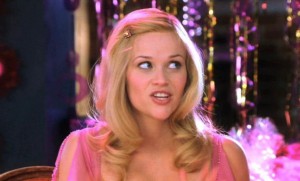 The Breakup Line: “If I want to be a Senator, I need to marry a Jackie, not a Marilyn.”

In most cases, being compared to Marilyn Monroe is a good thing; except when in this case. Perhaps he genuinely meant it as a positive, perhaps he was too stupid himself to realize the weight of his words, either way; it’s the definition of back-handed compliment.

The Movie: Gone With the Wind 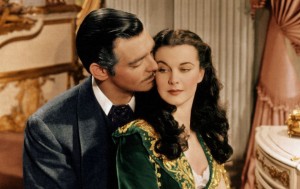 The Breakup Line: “Frankly, my dear, I don’t give a damn.”

This is the classic, and possibly, most quoted break up line of all time. Cool, aloof Rhett and floundering Scarlett. It’s hard not to hear the line and picture him actually walking out — and that definitive move is packed full of bite. It’s like someone today saying “seriously sweetheart, i don’t give a sh*t” and calling an Uber.  Ouch.

The Movie: Eternal Sunshine of the Spotless Mind 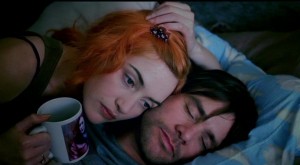 The Breakup Line: “I’m f**king crawling out of my skin. I should’ve left you at the flea market.”

Being left behind is one thing, when it’s with a bunch of unwanted, old, tattered and often smelly things, it’s a whole new level of sting. Being left behind at Saks or a Farmers’ Market is still not ideal, but somehow, more palatable.

The Movie: The Social Network 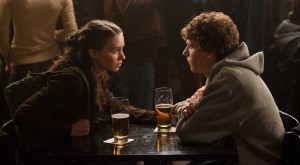 The Breakup Line: “You’re going to go through life thinking that girls don’t like you because you’re a nerd. And I want you to know, from the bottom of my heart, that that won’t be true. It’ll be because you’re an a**hole.”

This is one perfectly crafted and impeccably delivered breakup blow. For a while there, you think she’s going to confess some kind of hidden love, but then she lets it rip. She keeps it short. She keeps it punchy. She keeps it classy. She does some real damage. 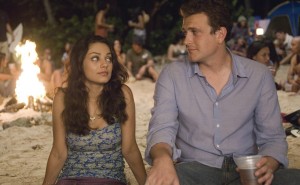 It’s so nice, it’s the opposite of harsh. Maybe that’s why it stings so badly.