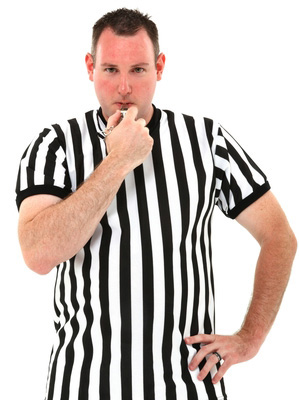 NO PURCHASE NECESSARY TO PLAY OR WIN A PRIZE

A PURCHASE DOES NOT INCREASE YOUR CHANCES OF WINNING

NO SUBMISSION TO A SALES PRESENTATION REQUIRED TO ENTER.

1. Eligibility.  The Awful, Worst, Most Annoying, Stupid, Bad Boyfriend Contest (the “Contest”) is open only to legal residents of the fifty (50) United States or the District of Columbia (excluding Puerto Rico and other U.S. territories), who are at least eighteen (18) years old as of December 1, 2012.  Sponsor shall have the right to verify the accuracy of all information submitted and also reserves the right to disqualify any entrant who fails to comply with these Official Rules.  BroadLit, Inc. (“Sponsor”), and its parents, affiliates, subsidiaries, and their respective agencies, representatives, licensees, successors, and assigns and all of their respective employees, officers, directors, (collectively, “Sponsor Entities”), and members of their immediate families and those living in the same household of such persons are not eligible to enter the Contest.  By participating, you agree to these Official Rules and to the decisions of the Judges, whose decisions are final and binding in all respects.   The Contest is void in Puerto Rico and where prohibited or restricted by law.

3. Your Submission.  To enter, you must write and submit a story of not more than five-hundred (500) words or less then two-hundred-fifty (250) words and submit your entry to https://broadlit.submittable.com/submit. Fill out all of the required information or your entry may be disqualified. Formats accepted include: pdf, doc, docx, and txt only

OR, you may submit a video that is no more than three (3) minutes and no less than thirty (30) seconds. Submit your video to https://broadlit.submittable.com/submit. Fill out all of the required information or your entry may be disqualified. Formats accepted include: .mov only

4.  How to Enter.  To enter, go to https://broadlit.submittable.com/submit and submit your story or video link.  The following information is required: full name of entrant, mailing address, phone number, email address.  All required information must be included in your e-mail for your entry to be valid.  Only one (1) entry per person and per e-mail address will be accepted.  In case of multiple entries received from any one person or e-mail address, only the first entry from that person or e-mail address will be eligible to win, and all others submitted by you will be disqualified.  In the event of a dispute as to the identity of an entrant based on the e-mail address submitted, Submission will be awarded to the person named in the e-mail entry (regardless of whether that is the name of the authorized account holder of the e-mail address from which said entry was submitted) provided such individual is eligible according to these Official Rules.  Sponsor has no obligation to acknowledge receipt of, return or respond to Submissions or other material submitted.  Your entry must be submitted during the Entry Period in order to be eligible to win.

5. Submission Content.  By entering this Contest, you represent, warrant, and agree that your Submission: (i)  is 100% original and was created solely by you; (ii) does not incorporate any material that is owned by anyone other than you (including, for example and without limitation, artwork, trademarks or logos owned by anyone other than you); (iii) will not violate the rights of any third parties, including any copyright, trademark, publicity right, privacy right, or any other right; (iv) has not been entered into another Contest or won any other award; and (v) does not contain any defamatory material or otherwise infringe upon or violate the rights of any third party.  Sponsor reserves the right to require you to submit proof of compliance with these Official Rules.

In addition, your Submission must not contain any content: (i) that is abusive, racist, sexist, homophobic, vulgar, obscene, pornographic, offensive, indecent or contains drugs; (ii) that promotes racism, bigotry, sexism, homophobia, hatred or physical harm of any kind against any group or individual; (iii) that promotes pornographic or sexually explicit behavior, illegal activity or conduct that is abusive, threatening, indecent, obscene, defamatory, libelous or otherwise objectionable; (iv) that contains any advertising or other commercial content; or (v) that is otherwise deemed inappropriate by the Judges.

Sponsor reserves the right to disqualify any entrant that does not comply with these Official Rules.

You understand and agree that by submitting your Submission to the Contest, you are granting to Sponsor and its licensees, successors and assigns (and you represent that you have the right to grant to them) a non-exclusive, perpetual, worldwide, irrevocable, sublicensable (through multiple tiers), assignable, fully paid, royalty free, license to use, copy, modify, adapt, edit, publish, make, sell, create derivative works of, incorporate into other works, communicate to the public, distribute (through multiple tiers), perform and display the Submission in whole or in part, in any form, manner, venue, media, or technology now known or later developed, anywhere in the world, in perpetuity, for any lawful purpose, including, without limitation, for purposes of advertising and promotion.  Without limiting the generality of the foregoing, Sponsor, at its sole discretion, may post some or all of the Submissions on www.TruLOVEstories.com.

6. Selection of Winners. There will be one (1) First Prize Winner and one (1) Second Prize  Winner.  The selection of the winners will be determined by qualified judges (“Judges”) selected by Sponsor, whose decisions are final and binding in all respects. This Contest may be cancelled in the event an insufficient number of eligible Submissions are received that meet the minimum standards established by the Judges.

Eligible Submissions will be judged by a panel of Judges selected by Sponsor based on the following weighted criteria to determine twenty (20) finalists (“Finalists”):

The potential winners will be notified on or about April 1, 2012, by telephone, mail, or email and will be required to complete, execute and return an Affidavit of Eligibility, a Liability Release and (unless prohibited by law) a Publicity Release within the time period specified by Sponsor.  If any potential winner:  (a) is unreachable by telephone within twenty-four (24) hours after Sponsor’s first attempt to notify such individual; (b) fails to return all documents fully executed as required by Sponsor within the specified time period; or (c) does not comply with these Official Rules, at Sponsor’s sole discretion, such potential winner may be disqualified and a new potential winner chosen.

Winners will be asked to provide a picture of themselves and a comment for any promotions, press releases or articles regarding the contest.

Total ARV of all Winners’ Prizes combined:  $500.  All details of the prizes shall be as determined by Sponsor in its sole and absolute discretion.  Prizes are not transferable, redeemable for cash, or substitutable. Sponsor shall not be obligated to exploit the Submissions in any manner.  Odds of winning depend on the number of eligible Submissions received during the Entry Period and the quality of your Submission, as determined by the Judges in their sole and absolute discretion

10. General.  Sponsor is not responsible for any typographical or other errors in the printing, offering or description of the prizes or any other materials produced in connection with the Contest.  Sponsor is not responsible for lost, late, stolen, misdirected, mutilated or illegible Submissions nor for electronic transmission errors resulting in omission, interruption, deletion, defect, delay in operations or transmission, theft or destruction or unauthorized access to or alterations of Submissions or for technical, network, electronic, computer, hardware or software malfunctions or limitations of any kind, or inaccurate transmissions of or failure to receive Submissions by Sponsor on account of technical problems or traffic congestion on the Internet or at any website or any combination thereof.  CAUTION: ANY ATTEMPT TO DELIBERATELY DAMAGE ANY WEB SITE OR UNDERMINE THE LEGITIMATE OPERATION OF THE CONTEST IS A VIOLATION OF CRIMINAL AND CIVIL LAWS AND SHOULD SUCH AN ATTEMPT BE MADE, THE SPONSOR RESERVES THE RIGHT TO SEEK DAMAGES OR OTHER REMEDIES FROM ANY SUCH PERSON(S) RESPONSIBLE FOR THE ATTEMPT TO THE FULLEST EXTENT PERMITTED BY LAW.  If for any reason, including infection by computer viruses, bugs, tampering, unauthorized intervention, fraud, technical failures or any other causes, the administration, security, fairness, integrity or proper conduct of the Contest is corrupted or affected, Sponsor reserves the right at its sole discretion to cancel, terminate, modify or suspend the Contest.  In addition, if for any reason, in its sole discretion, Sponsor determines that the Contest should not or cannot be run as planned, Sponsor may cancel, terminate, modify or suspend the Contest. Uses of automated devices are not valid for entry, and will subject user to immediate disqualification.

The invalidity or unenforceability of any provision of these Official Rules shall not affect the validity or enforceability of any other provision.  In the event that any provision is determined to be invalid or otherwise unenforceable or illegal, that determination shall not affect the remainder of these Official Rules, which shall be construed in accordance with their terms as if they did not contain the invalid or illegal provision.

All decisions of the Sponsor related to the Contest are final and binding.