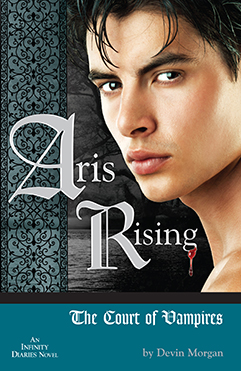 Can true love survive despite the passage of centuries of time? Psychologist Sarah Hagan may have to pay the ultimate price to obtain the answer. Sarah’s once safe, quiet life working as a hypnotherapist in Chicago has been completely up-ended by Aris, a vampire whose story first began during the time of Alexander the Great. Aris has taken over the human body of one of Sarah’s patients so that he can be once again close to the only woman to have ever captured his heart. Before Sarah can be sure of her love for Aris, she must overcome obstacles not only in her own modern-day world, but also in Aris’ underground world of the Catacombs, as well as in the mountains of Spain where a vampire war threatens to erupt.
Read More 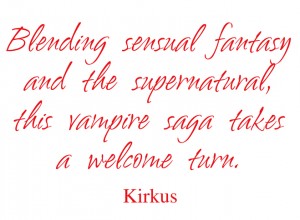 An Interview With Aris

By Melanie Fairchild
On many occasions I have interviewed authors just before the release of their newest work, but this is the first time I have ever had a conversation with the main character of an historical fiction novel. I must admit as I sat in the bar of the Biltmore Hotel waiting to have a heart-to-heart with a two-thousand-year old vampire, I had my doubts about the validity of the whole situation as well as the sanity of my editor for sending me on such a wild goose chase. Read More