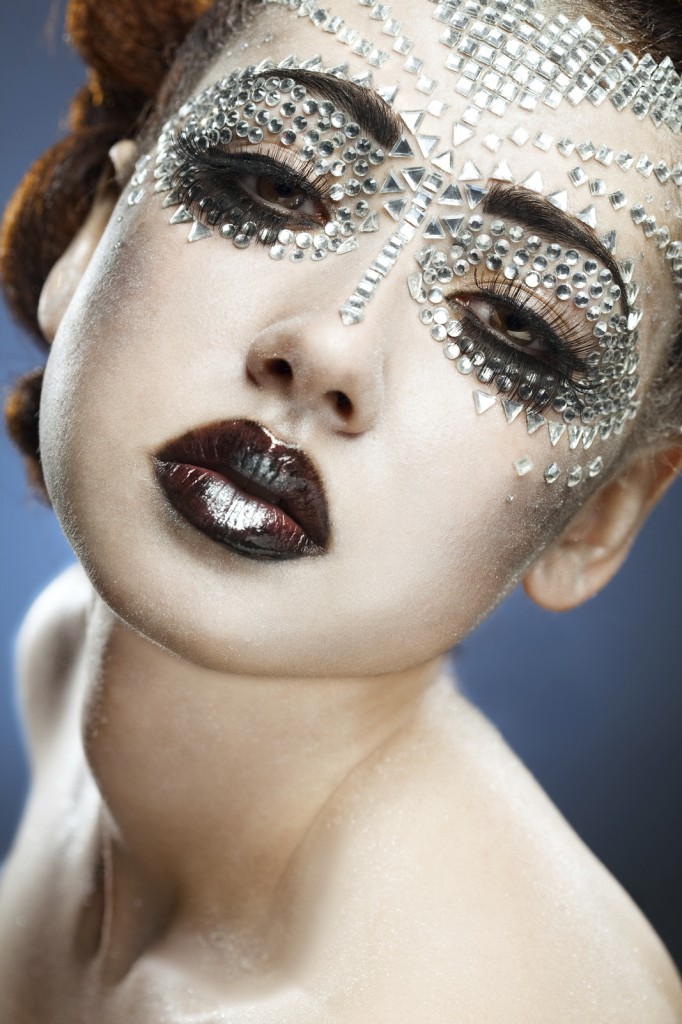 The battle of the sexes is over! Women are equal (almost) in the workplace and they’re an economic force to be reckoned with. As the new breadwinners bringing in 50%, or more, of the household income, they wield beaucoup purchasing power.  Household and childcare responsibilities are being negotiated successfully with their partners. Yet, somehow, the burden of doing it all still falls squarely on the shoulders of women. When will the workplace recognize the new, re-designed family–two working parents–and adjust company policy accordingly with flextime, comprehensive child care, medical leave and equal pay (we’re still short in that department)? Until they do, how will women truly be equal?

If you‘re not negotiating deals at work, you‘re negotiating with your significant other as to who does the laundry, the dishes, the carpool, soccer snacks, and who will take your mother-in-law to the doctor. Ah the joy of being part of the sandwich generation! Nearly 10 million baby boomers, age 40-60, are caring for elder parents–emotionally, financially, physically–while raising their own brood, and working a demanding job. The only solution: get less sleep. And that’s exactly what working moms do. Literally–according to the studies! Many mothers, who had every intention of working and hiring someone to help care for their kids, find themselves “stretched to the limit.” Without the support of family-friendly policies at work, some women are opting out of careers–at least temporarily–to be at home with their kids. A degree of sanity is restored, but at what price?

While the majority of women are juggling work and family, an increasing number of women are choosing to be stay-at-home moms. In 2005, five to six million women were at home with their kids, compared to 1.2 million in the 1990’s. A Psychology Today poll found that 40% of women are nostalgic for the old days, and would prefer a return to gender roles of the 1950’s. Some call it a new “momism.”  The movement is not without its critics, however.  When Feminine Mistake was published in 2007, it’s author argued that women who opt out to raise their kids are putting themselves at risk financially. A spouse may die, there may be divorce, and when a mother is ready to return to work her skills may have become unmarketable. The author even suggested that stay-at-home moms are using childrearing as an excuse for not finding fulfilling work. Ouch! The book set the mommy blogs on fire! Many women have found a compromise by starting their own businesses or working freelance. In 2003, 35% of women were self-employed and women-owned businesses grew 2 ½ times faster than the growth of all businesses.  If women are given lemons, you can count on them making lemonade!

MARRIAGE AND BABIES CAN WAIT!

There are no rules–or even a semblance of rules–for dating, marriage or family.  Men and women are free to choose an unlimited number of lifestyles: single, living together with a partner, or traditional marriage. All of which are acceptable with, or without, kids. It’s all good! With their focus on careers more women than ever are delaying marriage. Over 40% of women over the age of 25 were unmarried. Living together continues to be widespread. Over 8% of all couples sharing a household were unmarried. Although marriage rates are down, women still want to find a partner evidenced by the $7 million spent on online dating!  A delay in marriage results in a delay in motherhood. Many women–particularly professional women–invest in their careers  and postpone having kids until their 30s and 40s. The traditional family–kids growing up with their married biological parents–are a minority at just 21% of families. The lowest in the western world!  The other 79% are “juggler families.”  The good news is divorce rates have declined slightly, although 45-50% of first marriages still result in divorce.

This is the generation of over-parenting, enabled by the “longest umbilical cord” ever–the cell phone! It used to be that parents saw their job as exposing kids to the outside world, now it’s about protecting them at all costs. Resolving their kids’ problems, organizing their lives, advocating on their behalf–even to the HR recruiter!  For parents who delayed having kids and had fewer kids–  families are the smallest in history–these children (aka “trophy kids“) are their precious cargo.  They want the best for them and want them to succeed in a world they see as increasingly competitive. This phenomenon is not limited to the wealthy; it crosses all socio-economic, racial and ethnic groups.  Some schools are fighting back by instituting a “no rescue policy.” A trip to school with a forgotten lunch or homework assignment is unnecessary, because the school won’t deliver them! And there’s a new movement, “Slow Parenting,” where less is more: fewer toys, fewer activities, less hovering.  At some point parents have to get their own lives!

No longer a movement with a leader, feminism is defined by each woman for herself. She now determines for herself what womanhood is, incorporating her own identity and values. It’s DIY feminism! No woman wants to be told who or what to be–she’ll figure it out herself, as will every subsequent generation. Oh and by the way, don’t call her a feminist! The internet has fueled and enhanced this new ever-evolving feminist movement by allowing a larger exchange of information and enabling the birth of specific communities with their own priorities. The movement is now thousands of blogs in which women share insights, experiences and advice. It may be diffused, but it is powerful. It may not have a single agenda, but it speaks to a myriad of women’s needs.  Most women would agree, however, that the traditional themes of the feminist movement–reproductive rights, workplace equality and family-friendly work policies–are still paramount and worth fighting for.

CALLING ALL SCIENTISTS AND ENGINEERS!

Women continued to reach new milestones. Two more women were appointed to the Supreme Court, now comprising 1/3 of the bench. Nancy Pelosi was named the first Madame Speaker of the House. Fifteen women filled CEO positions at Fortune 500 companies. Hillary Clinton was a hair away from being the Democratic presidential nominee. Women made up 14% of the military and nearly 40% of all business owners. In the 2000 summer Olympics, there were 4,200 women competing in 118 events. Compare that to the 1900 Olympics with twelve women competing in two sports! In education, women are attaining higher levels than men. Yet, there is one area where women are severely under-represented: the STEM–science, technology, engineering, math workforce. They hold less than 25% of STEM jobs. A lack of female role models, gender stereotyping and less family-friendly flexibility in the STEM field are believed to be contributing to this trend. But with encouragement, women are bound to reverse it!

DOING YOUR OWN THING

Fashion was all about doing your own thing–mixing high and low–but making sure to accessorize with the “it” bag or designer shoes from Manolo Blahniks (a household word thanks to Carrie Bradshaw) or red-soled Louboutins.  Forever 21 led the movement of disposable clothes and celebrities drove trends. Michelle Obama became a style icon. Her signature look–belted sweaters and skirts–was polished yet relaxed and drove J.Crew stock through the roof! Denim continued to be big. Skinny jeans that could be tucked into boots or worn with ballet flats ruled. Moms even got their own brand– “Not Your Daughter’s Jeans”– that were cool and technologically designed to smooth out middle-age bulges! Classic pieces like 1960’s trench coats and 1940’s new look dresses were in vogue.  Long, straight hair (thanks to the flat-iron) and textured, choppy bobs were popular, along with short black nails–Chanel’s Vamp nail polish was a bestseller. And there was an explosion of lunchtime pick-me-ups–injections of botox, restylane–that erased a few years of a baby boomer’s face!

IS THAT REALITY SHOW REAL?

Some say television became art in the 2000’s with innovative programming like Lost,  The Sopranos,  The West Wing,  The Wire,  24, Mad Men. Yet, Emmy-winning shows shared the air-waves with a plethora of competition shows, Dancing With The Stars, American Idol, The Bachelo, The Apprentice, that inspired, entertained and/or filled up space–depending on your tastes.  The new hybrid, reality/scripted shows, which blurred the lines between fact and fiction, became popular with shows like the The Hills,  Keeping Up With The Kardashians, and John & Kate Plus 8.  The music industry was most affected by the internet. Thousands of bands reached loyal fans by using social media, bypassing traditional labels and marketing. The movies saw its share of low-budget indie films that scored at the box office–The Blair Witch Project and Paranormal Activity (made for $15,000, it earned $100 million in revenue), as well as comedies– The 40-Year-Old-Virgin,  Knocked-up and the outrageous Borat.

Technology transformed every facet of our lives. In 2000, there were no ipods, smart phones or tablets. YouTube, Facebook, Twitter and Hulu didn’t exist. How did we manage? So many items became obsolete–the rolodex, foldable maps, cassette tapes, floppy disks, the yellow pages, and bank deposit slips. So many new words entered the lexicon: download, google, text, blog, On the political front, Bush was elected, aided in part by the Supreme Court, and Barack Obama became the first black president. We witnessed unthinkable violence on 9/11, followed the progress (or lack thereof) of American soldiers in two wars, watched in horror as Katrina wreaked havoc in New Orleans and surrounding areas, leaving millions homeless. To top it off, we endured the worst decade for the U.S. economy in modern times. With zero job creation, stagnant wages and two recessions (one which we’re still recovering from) confidence in America and its direction reached new lows. In 2000, 69% of Americans were satisfied with the direction of the country. By the end of the decade, just 25% believed we were on the right track. The good news – we have no where to go but up!

A NEW WAY TO WORK

The Mommy Wars of the 1990’s have been replaced with mutual understanding and respect. All women appreciate how hard the job of “doing it all” is, and know that each woman has to decide for herself and her family whether the right choice is to work or to stay at home. But with the workplace increasingly filled with working parents, companies and government must adjust their policies to honor working parents–men and women–and their role in raising the next generation. Twenty-something women expect to work and have kids, but they’ll face the same challenges unless policies change. Here’s to creating an even deeper, more profound level of equality!