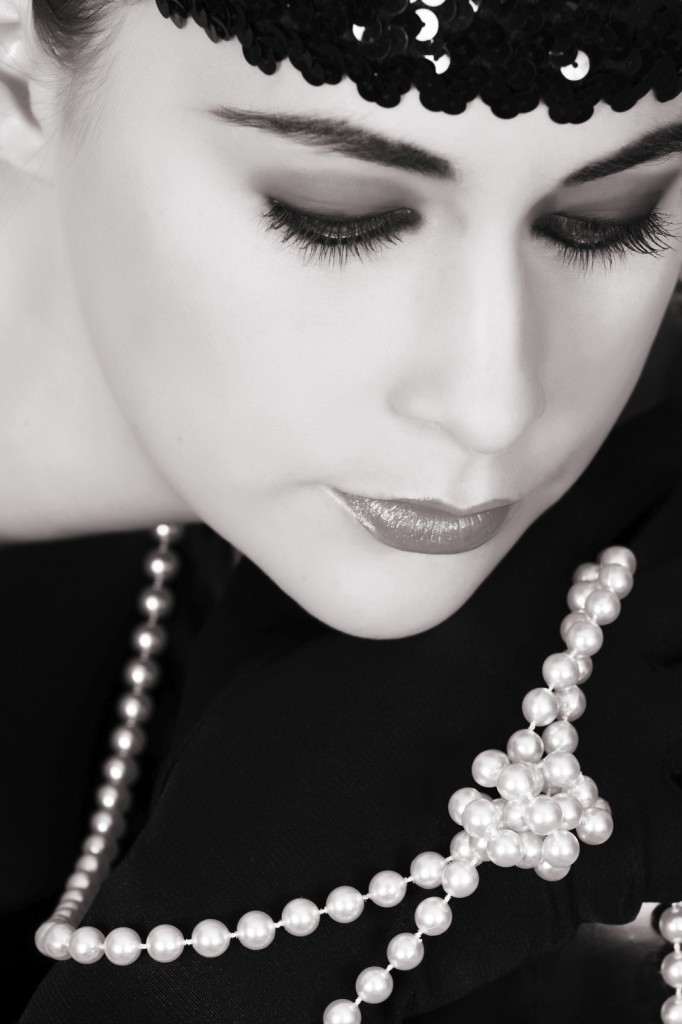 The 1920’s was the decade of all things NEW — a new kind of economy, fashion, thinking and a new modern woman. Gone were the corsets, elaborate long hair, layers of petticoats, as well as Victorian morality. You were “not what grandma used to be. Oh contraire!” You worked, made your own money and had your own place. You were emboldened by the right to vote. Some say you pushed the boundaries too far — smoking, drinking, showing your knees, carousing at speakeasies. No longer tied to tradition, you redefined what it meant to be a lady. It was the perfect time to be young and thin (isn’t it always?) and still pretty heady even if you weren‘t. As a woman you now had freedom to choose. Who would you vote for? What career would you pursue? How would you dress? And most importantly, should you cut your hair?

The pressing issue of the day, “to bob or not to bob,” was intensely debated. A bob — a short, blunt sculpted hairdo — was radical. Women had never cut their hair before and the decision to do so was symbolic. It said free spirit to many and promiscuous tart to others (clergymen, parents, social workers). Men hated it. Women felt liberated by it. And thus began the eternal question, whom do we dress for — other women or men? It may have started as a fad, but it quickly became mainstream and most women under 50 cut their curls. 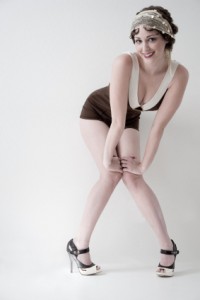 The new hairdo called for sleek, modern clothing. Flappers, fashionable young women who frequented speakeasies and danced the Charleston, set the trend with their short, shapeless dresses and heavy makeup. Named after the “flap, flap, flap” their unbuckled galoshes made when they walked, they were inspired by Coco Chanel and favored simple, comfortable dresses. Corsets may have been abandoned (sales dropped by 66%) but these clothes with their androgynous look — no bust or waist — were made for a boyish figure and required undergarments to flatten the breast. Pity those who were well-endowed! Is there no limit to what we’ll do to be fashionable? Mass production made the styles available and affordable to most everyone. Tight-fitting cloche hats and stylish shoes with buckles, bows, and straps completed the look. Makeup took on greater importance as women found themselves competing for dates (there were a lot more women than men after World War I) and jobs. In an effort to look their best, they wore heavy makeup: kohl rimmed eyes, bright cheeks, lips shaped in a cupid’s bow.

The new clothes, with its emphasis on a woman’s arms and legs, demanded a thin, toned figure. This was especially true of bathing suits, which were so body-revealing that wearing one at the beach could get you arrested for indecent exposure. Youth and beauty became highly valued. Sound familiar? The first Miss America pageant in 1921 crowned a woman whose measurements were 30-25-32. The bittersweet consolation — she was 16 years old!! Products and services designed to achieve beauty became all the rage. Medical advances developed during the war gave rise to cosmetic surgery. By the early 1920s, you could get a nose job, face lift. breast reduction, even surgery to reduce those nasty hips!

Women experienced a freedom of movement and fraternizing during the War ( America was involved from 1917-1919) that changed their attitudes. Rules governing behavior had to be relaxed as women took over men’s jobs in factories and nursed wounded soldiers as Red Cross volunteers. Being out in the world gave women confidence. Once the war was over, they asked themselves “Why shouldn’t we have the same social freedoms that men enjoy?” By smoking and drinking in public, dancing wildly to jazz, women defied traditional expectations and re-defined themselves. Their views on courtship changed accordingly. Single women wanted to “play the field” and were in no hurry to marry. Sexual relations short of intercourse became the norm, and pre-marital sex was believed to be somewhat common. The automobile played its part by giving young couples privacy and freedom. Single working women living alone, away from their parents, also played a role in re-shaping attitudes. Some women chose restraint, but “chaperoned dates” became a relic of the past!

The New Marriage – A Union of Equals

Despite opportunities in the workforce and education, marriage remained the goal of most young women. Once they married, women generally “retired” from their jobs. Marriage, however, changed with the times. It was now a partnership of equals. Husbands and wives shared the same interests and did things together. With birth control and the spread of information about sexuality and pleasure, women also became more of a sexual partner with their husbands. Common birth control included condoms, diaphragms, withdrawal, and the rhythm method. The average family had 4.34 children and having your baby in a hospital became more widespread. For middle-class women having a pain-free delivery (with the help of morphine) and bottle-feeding were seen as more scientific, sanitary and modern. Decades later, the natural movement would change this, but at the time, they considered natural birth and breast-feeding the choice of poor people and immigrants. 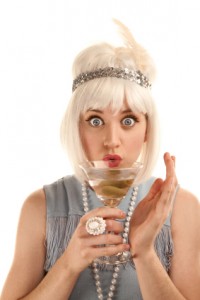 In response to political and social pressure, Prohibition was passed in 1920. This meant it was illegal to produce, sell or consume alcohol. As an illegal substance alcohol became glamorous, chic and, ironically, more widely available. All-male saloons declined and speakeasies, secret clubs which served liquor and were accessible only with knowledge of the password, took their place. They were everywhere! The number of liquor-serving establishments went from 2,300 to 15,000 by 1925. Drinking had also become an integral part of middle and upper-class home life. “Cocktail parties” became a fashionable way to entertain. Adding ingredients to alcohol stretched the supply and hid its rough taste. How magnificently creative!