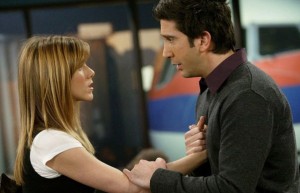 By Brianna Porter
There is nothing worse than watching two characters of a show (that you’re totally obsessed with, by the way) cruelly ripped apart by the writers before their relationship even flourishes. The thing is, the writers love the are-we-still-friends, when-do-I-get-my-stuff-back drama that can fill at least a few weeks’ worth of episodes. That’s because viewers really eat it up. For many, it’s easy to relate to and may even be a source of comfort, the “Been there, done that” kind of thing. But when you’re emotionally attached to a TV couple, as I’m sure everybody has been at least once in their life, it’s just cruel. So here’s a list of the biggest break-ups on television that we will pick apart until we have fully convinced ourselves that we really never cared for them, anyway. 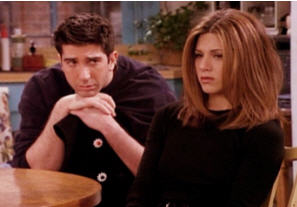 This Friends couple was easily in the running for cutest couple on the show, next to Chandler and Monica, of course. What wasn’t cute, though, was the amount of times they went back and forth in their relationship. Our weak Rosschel hearts couldn’t take much more of it. In the end, they got back together, but who is to say this time is the last? You burned us, writers!! 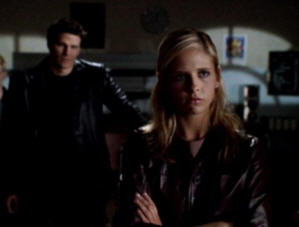 Buffy and Angel were literally polar opposites that ended up sorta/kinda dating. They eventually hooked up, which led to the inevitable release of Angel’s inner demon. Sounds familiar, doesn’t it? We just wish we weren’t put through the emotional strife in the first place . . . you had one job, Buffy! You should have just killed him!

From episode one, it was easy to predict that these two would end up together. One could argue that it is our fault that we believed a relationship from the get-go would be endgame, but we would rather argue that the whole show just plain sucks. Rebut that!! 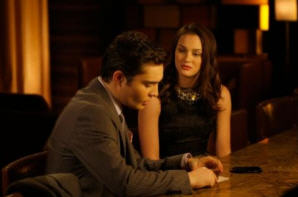 The only thing less fun than this couple’s unforgettable break-up scene is their relationship name: Chair. Still, Chuck and Blair seemed meant to be up until this point, and even after they mended things, that reasonable doubt stuck around, leaving viewers with weary hearts. 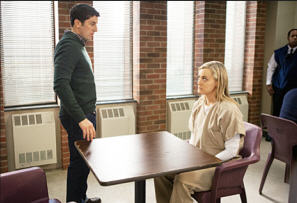 If we’re entirely serious about any of these couples, it’s this one. While at first we could sympathize with Larry and his situation, the conclusion most viewers have come to is this: Larry is an ass. We’re Team Piper & Alex, anyway.