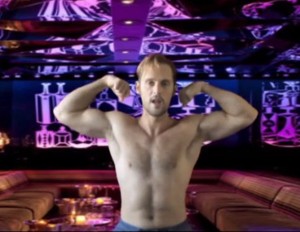 TruLOVEstories’ last Shirtless Bedtime Story, inspired by the short story The Confessions of Candy Apple, is finally here. Recently, when we asked four heart-melting “model” men to read a story from BroadLit’s series of TruLOVE® Collections, after a lot of coaxing (and begging), they reluctantly agreed. We caught it all on camera, but the result is far from what you might expect. Not only did they read the stories with whole-hearted enthusiasm, they saw themselves as the “stars” of the love stories.

This week’s episode is the story of Candy (her real name is Barbara Kays, Candy is her stripper name), who only pops out of cakes to pay for college. The job was a grind (pun intended) until the night she popped out and discovered the birthday boy was someone she knew . . . and liked – Brandon Preston. What would happen when she saw Brandon the next day in chemistry class? Would he ever consider flirting with her again or asking her out? Or, would he tell everyone what she does for a living?

Now most of our Shirtless Bedtime Story actors took their roles with a wink and a grin, but the TruLove team was blown away when actor Jesse Sherman took on all the roles in The Confessions of Candy Apple. He’s like a hunky Energizer Bunny on Hot Wheels, and we wouldn’t be surprised to see him jumping out of birthday cakes or airplanes. Go Jesse!
A new Shirtless Bedtime Story debuted each week in November. The first video, Lust With the Proper Stranger, premiered on November 6. The second Shirtless scorcher, Lunchtime Rendezvous: Delectable Delights, premiered on November 13, and the third Shirtless video story, In Love With My Next Door Neighbor, arrived on November 20.
You can watch all four videos NOW! 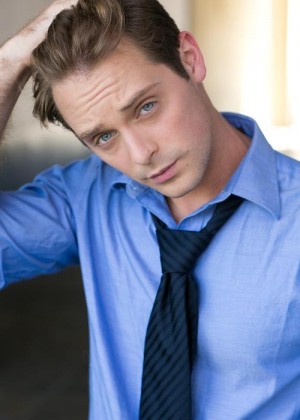 Today, acting is Jesse’s first goal, but he eventually hopes to launch his speaking career to mentor the next generation and help them pursue their own dreams. Jessie is certainly living his dream!

Jesse is a man/child with simple tastes: being shirtless on the beach and eating tasty frozen yogurt! His best first date ever took place on the Santa Monica pier in California. He invited his date to play all the games and take all the rides at the pier. She even agreed to be scared by zombies there! At the end of the evening he treated her to a huge dish of frozen yogurt—and they have been dating ever since!