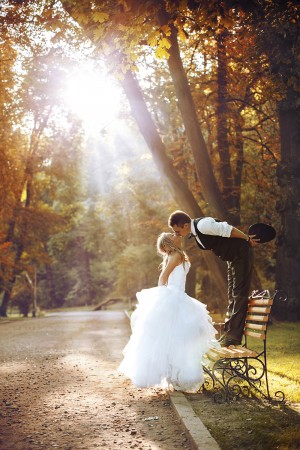 Weddings have been on my mind because my daughter is getting married this year. As a result, everywhere I look, everyone seems similarly obsessed. On reality TV, courtship and marriage fuel dramas with “love” as the prize: “The Bachelorette,” “90-Day Fiance,” “Married at First Sight,” “Bridezillas,” “Say Yes to The Dress,” etc. And I’ve noticed a couple of common trends. First of all, extravagant wedding trappings are being promoted at every turn, via magazines, Internet and TV–the huge engagement ring, the island destination venue, the designer gown and the lavish “fairy tale” event.

Based on my experience, many young people are buying the wedding-industry hype, especially brides and grooms who are marrying later and who, as working couples, can afford to celebrate their unions in style. Another ubiquitous trend is to “write your own vows” rather than use traditional rites, putting the personal relationship at the heart of the ceremony. Yet the outward prosperity and romance of a wedding don’t correlate with marital success. Just the opposite. A recent study found that the more a couple spends on their wedding, the higher their rate of divorce compared with the average! Theories include the stress of financial debts incurred and misguided reasons for marrying (wealth and outward appearance). But maybe fairy-tale wedding failures reflect a more basic marriage misconception.

No matter how earnestly lovers pen their own vows or finish the night with fireworks, they are already on the wrong path if they think they are celebrating the start of a long-time love affair. As Joseph Campbell said about marriage across cultures in The Power of Myth: “Marriage is not a love affair….A marriage is a commitment to that which you are. That person is literally your other half. And you and the other are one. A love affair isn’t that. That is a relationship of pleasure, and when it gets to be unpleasurable, it’s off. But marriage is a life commitment, and a life commitment means the prime concern of your life. If marriage is not the prime concern, you are not married.” It’s obviously easier to go into debt for a big party than honor a life commitment for better, for worse, for richer, for poorer, in sickness and in health. For sobering data about the link between wedding expense and divorce, see http://www.marketwatch.com/story/the-larger-the-rock-the-rockier-the-marriage-2014-10-15