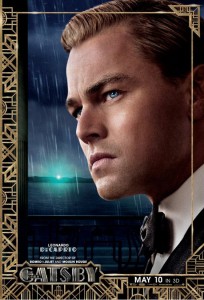 Hollywood is rolling out the red carpet for the biggest super hero blockbusters. The stars are shining brightly for these upcoming films and we’d like to point out some of our favorite Hollywood Super-Hot Heroes!

Everyone’s favorite neighborhood web-head is back! Sony Pictures has just released the much anticipated first trailer for the new Spider-man movie starring Andrew Garfield, Emma Stone and Jamie Foxx as the evil Electro. The trailer launched simultaneously on every Sony platform down to the Times Square billboard, and reams of other sites around the world. This is likely to become more common on event pictures, as all the studios embrace look at event pictures as global commerce instead of separate campaigns for domestic and international. The Amazing Spider-Man 2 starts its international rollout on April 16, 2014 and debuts in the U.S. on May 2, 2014. Here’s the trailer:

Faced with an enemy that even Odin and Asgard cannot withstand, Thor must embark on his most perilous and personal journey yet, one that will reunite him with Jane Foster and force him to sacrifice everything to save us all.

The ultimate X-Men ensemble fights a war for the survival of the species across two time periods in X-MEN: DAYS OF FUTURE PAST. The beloved characters from the original “X-Men” film trilogy join forces with their younger selves from “X-Men: First Class,” in an epic battle that must change the past — to save our future.

After the cataclysmic events in New York with The Avengers, Marvel’s “Captain America: The Winter Soldier” finds Steve Rogers, aka Captain America, living quietly in Washington, D.C. and trying to adjust to the modern world. But when a S.H.I.E.L.D. colleague comes under attack, Steve becomes embroiled in a web of intrigue that threatens to put the world at risk. Joining forces with the Black Widow, Captain America struggles to expose the ever-widening conspiracy while fighting off professional assassins sent to silence him at every turn.

Leonardo DiCaprio in The Great Gatsby

An adaptation of F. Scott Fitzgerald’s Long Island-set novel, where Midwesterner Nick Carraway is lured into the lavish world of his neighbor, Jay Gatsby. Soon enough, however, Carraway will see through the cracks of Gatsby’s nouveau riche existence, where obsession, madness, and tragedy await.

Marvel’s “Iron Man 3″ pits brash-but-brilliant industrialist Tony Stark/Iron Man against an enemy whose reach knows no bounds. When Stark finds his personal world destroyed at his enemy’s hands, he embarks on a harrowing quest to find those responsible. This journey, at every turn, will test his mettle. With his back against the wall, Stark is left to survive by his own devices, relying on his ingenuity and instincts to protect those closest to him. As he fights his way back, Stark discovers the answer to the question that has secretly haunted him: does the man make the suit or does the suit make the man?

Henry Cavill in Man of Steel

A child, sent to Earth from a dying planet, is adopted by a couple in rural Kansas. Posing as a journalist, he uses his extraordinary powers to protect his new home from an insidious evil.

When the crew of the Enterprise is called back home, they find an unstoppable force of terror from within their own organization has detonated the fleet and everything it stands for, leaving our world in a state of crisis. With a personal score to settle, Captain Kirk leads a manhunt to a war-zone world to capture a one man weapon of mass destruction. As our heroes are propelled into an epic chess game of life and death, love will be challenged, friendships will be torn apart, and sacrifices must be made for the only family Kirk has left: his crew.

The Rock, Vin Diesel and Paul Walker in Fast and Furious 6

Since Dom and Brian’s Rio heist toppled a kingpin’s empire and left their crew with $100 million, our heroes have scattered across the globe. But their inability to return home and living forever on the lam have left their lives incomplete.

Hugh Jackman in The Wolverine

In modern day Japan, Wolverine is out of his depth in an unknown world as he faces his ultimate nemesis in a life-or-death battle that will leave him forever changed. Vulnerable for the first time and pushed to his physical and emotional limits, he confronts not only lethal samurai steel but also his inner struggle against his own immortality, emerging more powerful than we have ever seen him before.

Johnny Depp in The Lone Ranger

Native American warrior Tonto recounts the untold tales that transformed John Reid, a man of the law, into a legend of justice.