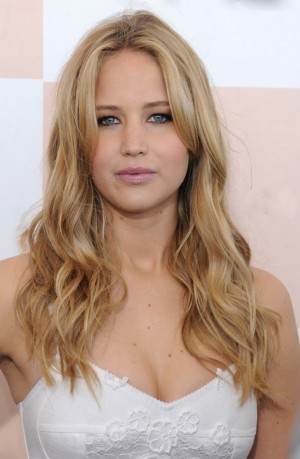 Jennifer Lawrence was always fond of acting.  While growing up in Louisville, Kentucky she loved to perform, and at age 14 she convinced her parents to take her to New York to look for an agent. Fast to book commercials and modeling gigs, these small parts caught the attention of casting agents and Jennifer was offered roles in independent films like The Burning Plain and Winter’s Bone. Her performance in Winter’s Bone was so revered she was nominated for an Academy Award, Golden Globe Award, Satellite Award, Independent Spirit Award, and Screen Actors Guild Award.  At only 20 years old, she was one of the youngest actresses to be nominated for an Academy Award.  Although she did not win, these nominations fast tracked her to become one of America’s favorite actresses.  She played Mystique in the X-Men reboot and was cast as Katniss Everdeen, the lead in the very popular Hunger Games trilogy.  After the release of the first Hunger Games, Jennifer then starred opposite Bradley Cooper in Silver Linings Playbook. Her portrayal of Tiffany Maxwell, a recent widow who befriends Cooper, was instantly loved by critics and fans and won her the Academy Award, Golden Globe Award, Screen Actors Guild Award, Satellite Award and the Independent Spirit Award for Best Actress.  Her success in acting and admiration by the public of her humble and relatable personality has rocket-launched Jennifer to bonafide celebrity.  This year she was named by Time Magazine as one of the top 100 most influential people in the world.  Her latest Hunger Games movie, Catching Fire, has garnered $829 million dollars worldwide. 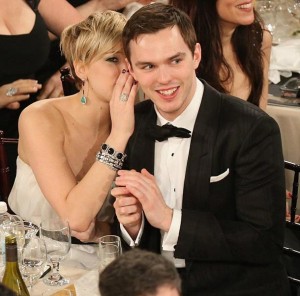 Opening Friday, May 23rd, Jennifer Lawrence can be seen reprising her role as Mystique in the new X-Men: Days of Future Past movie. While filming this sequel, she recently announced that her and co-star Nicholas Hoult (Beast) have been dating. Nicholas, who sat proudly next to Jennifer at this year’s Oscars, added that the Kentucky-born star knows how to deal with her ever-growing fame and will remain down-to-earth.

*Update Lawrence and Hoult have ended their relationship.

Jennifer Lawrence supports a wide variety of charities such as The Special Olympics, St.Mary’s Center, DoSomething.org, Feeding America, Screen Actors Guild Foundation, The Thirst Project, and The World Food Programme. These charities address issues including helping those with developmental disabilities, hunger relief through food distribution, and providing clean water to in-need neighborhoods. She has set up her own foundation in conjunction with The Community Foundation of Louisville to collect funds for these causes.  She often offers special screenings of her films, which she pays for in full, to raise money for the foundation.  A recent prescreening of her film Catching Fire raised a total of $40,000 for the St. Mary’s Center.

Visit her foundation at http://jlcharities.org/ to see the various ways to get involved! 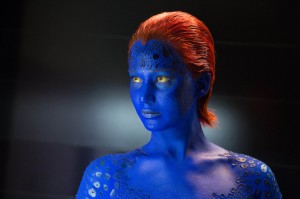