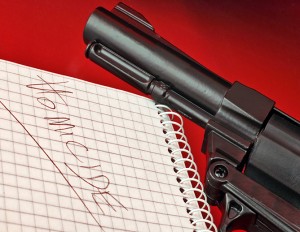 By Katherine Sharma
‘Tis the season to stock up on mystery novels for vacation reading. Here are a few highlights of my shopping list for anyone planning to cozy up with a good read for the holidays. At the top of my agenda is the best seller The Paying Guests by Sarah Waters. The story is set in 1922 London, still reeling from World War I, where an impoverished widow and her spinster daughter live alone in their genteel villa and have been forced to take in lodgers. The arrival of a modern young tenant couple of the “clerk class,” disturbs their lives unexpectedly and profoundly, including a steamy lesbian love affair and a shocking murder. The tale has garnered reviews such as “a tour de force” from The Wall Street Journal, “unputdownable” from The Washington Post and “volcanically sexy, sizzingly smart, plenty bloody and just plain irresistible” from USA Today. Meanwhile, why not try out some debut authors to refresh the genre? For example, Shovel Ready, a debut novel from New York Times Magazine culture editor Adam Sternbergh, is set in a near-future New York City after the explosion of a dirty bomb has driven all but the very rich and very poor out of the city. It’s the perfect dystopian hunting ground for the cynical Spademan, a New Jersey garbageman turned hit man (turned anti-hero). In contrast, M.P. Cooley’s Ice Shear is a debut with a conventional small-town setting, but her single-mom cop is a refreshing change from hard-boiled bachelor/bachelorette detectives. June Lyons is a former FBI agent who left the Bureau to care for a terminally ill husband. Three years after her husband’s death, Lyons is a cop in her upstate New York hometown, where she and her daughter live with her father, the retired local police chief. When Lyons finds a body impaled on Hudson River ice, a body that turns out to be the daughter of a local congresswoman, the political implications bring in the FBI–and Lyons’ past with agents who doubt her abilities. Likable mom Lyons soon proves she’s tough enough to handle an investigation loaded with surprise twists and gory deaths. No one does mysteries quite like the British, of course. So check out Precious Thing, a debut novel by Colette McBeth, a former BBC crime reporter. The story centers on Rachel and Clara, who met in high school when Rachel was the shy, awkward new girl and beautiful Clara was the popular one. The two disparate teens formed a deep bond that helped Rachel survive her mother’s alcoholism and school bullies. They lost touch after high school, but they’ve reconnected in their late twenties–only now Rachel is a television journalist with an apartment and a boyfriend and Clara’s life is the one spiraling out of control. When Rachel’s news editor assigns her to cover a police press conference, she is shocked to learn that Clara has been reported missing. Is it abduction, suicide or something else? McBeth’s tale twists around stalkers, secrets, betrayals and CCTV images. To add more to your new-mystery reading list, take a look at the 2015 Edgar Award submissions (not to be confused with nominations or finalists) and then check out relevant reviews: http://mysterywriters.org/edgars/currentsubmissions/#novel