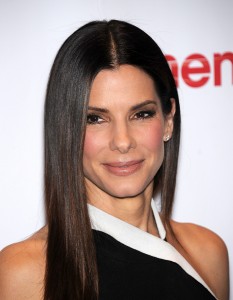 Sandra Bullock recently played Dr. Ryan Stone—a first time astronaut responsible for updating the Hubble Space Telescope, in the film Gravity.  The planned mission quickly dissolves as word comes in from Mission Control that a destroyed Russian satellite is spewing harmful debris her way.  Carrying the film, often the only one on screen or alongside actor George Clooney, her performance has been hailed by critics as the best of her career. But long before Gravity, there was No Time Flat, an off Broadway play featuring a then 21-year-old Bullock.  Her performance caught the eye of the acting community and she began to receive parts in small and often times fruitless TV and film projects. Continuing to pursue her passion, it was her role as Annie Porter in 1994’s Speed that finally solidified Bullock as a star.  Since then she has performed in 40+ films including: Miss Congeniality, Crash, The Proposal, and The Blind Side. Her work in The Blind Side earned her a Screen Actors Guild Award for Outstanding Performance by a Female Actor in a Leading Role, a Golden Globe Award for Best Actress – Motion Picture Drama, and the Academy Award for Best Actress.  She has won 45 awards total and has been nominated for countless more.   In her personal life, Bullock has dated notable Hollywood stars such as Ryan Gosling and Matthew McConaughay.  She was briefly married to Monster Garage host Jesse James from 2005-2010.  Following her divorce in 2010, Bullock adopted a son, Louis Bardo Bullock.

This year Sandra Bullock won The People’s Choice Award for Favorite Humanitarian. She works very closely with the American Red Cross and since 2000 has donated a total of $4 million to them for a variety of causes.  Her first donation was in 2001 and went to the Liberty Disaster Relief Fund.  She made three more $1 million donations—one in 2004 after the Indian Ocean earthquake and tsunami, one following the 2010 Haiti earthquake, and her most recent million dollar donation was made to provide aid after the 2011 Japanese earthquake. Along with her donations Bullock also adopted The Warren Easton Charter High School in New Orleans after it was badly damaged by Hurricane Katrina.  With her help, the school was able to re-build and continue serving students. Bullock said, “You will not find a student there that doesn’t know that they are loved and cared for under that roof. Half the senior class is attending college classes in their free-time. We have a 100 percent graduation rate. The students and faculty go to school on Saturdays to either study or to help others. I would so never make it in that school!”