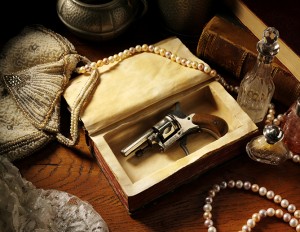 Halloween is a perfect time to indulge in mysteries with the extra spice of the supernatural–ghosts, curses, magic, haunted houses and dark forces.

I’ve always had a soft spot for Jonathan Kellerman’s best-selling Alex Delaware mysteries set in Los Angeles, so I’ll start with The Golem of Hollywood by Jonathan Kellerman and his son Jesse. This new contemporary mystery pulls in religious mythology and the supernatural to produce “an extraordinary work of detection, suspense, and supernatural mystery,” per Amazon’s quote of Stephen King. Solving the mystery of a severed head in an abandoned living room takes burned-out LAPD detective (and rabbi’s son) Jacob Lev on an odyssey from Los Angeles to Prague to Oxford and back again. His standard crime-genre investigation is complicated by a mysterious woman and a monstrous being of Jewish mythology (the title’s Golem), built to render justice upon the wicked—including serial killers

If your appetite for the spine-tingling is still not sated, read Mateguas Island, a debut novel by Linda Watkins and winner of the gold medal in Amazon’s 2014 Readers’ Favorite International Book Award Competition for the Supernatural Fiction category. A troubled family comes to a remote island off the coast of Maine, not realizing that their inherited property is steeped in destructive forces. An arcane locked box, a foreboding trail into the woods, a seductive young woman, and tales of a malevolent Native American spirit ratchet up the suspense.

Then, for a modern haunted house story, turn to Christopher Fowler, award-winning author of the Peculiar Crimes Unit series. His original thriller Nyctophobia isolates newly married architect Callie in a grand house in southern Spain, a house split between rooms flooded with light and rooms locked away in darkness and neglect. As Callie begins to research the history of the strange house, her nyctophobia (fear of the dark) is awakened, along with haunting secrets.

But when it comes to seeing ghosts, hysterical, attention-seeking adolescent girls would seem to be most susceptible. So no wonder the girls at a posh Irish boarding school keep seeing the ghost of the boy victim of an unsolved murder in Tana French’s The Secret Place, another installment in the Dublin Murder Squad series. The narrative alternates between flashbacks by clique of schoolgirls and the perspective of a cold-case detective and his partner, who spend a long day and night investigating. As any parent of an adolescent might guess, the private lives of teenage girls, their friendships and betrayals, can be more mysterious and dangerous than the detectives imagine.

If psychic sleuths rather than psyched-out sleuths are your cup of tea, then pick up veteran paranormal mystery writer Kay Hooper’s Haunted, the latest entry in the Bishop Special Crimes Unit series. For more reviews of paranormal mystery releases, check out http://www.iheartreading.net/genres/paranormal-mystery-mystery-and-suspense-3/