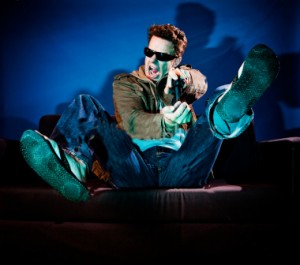 I’ve recently started a pretty serious relationship with a younger man. He doesn’t always get my pop culture references. This can be disconcerting sometimes, but his youthful vigor and stamina and all-out lust for life more than make up for it. The only real problem is that he is obsessed with video games. He’s a junior partner at a law firm, for goodness sake, but when he slides into his favorite armchair, in front of his precious console, he slips into a sort of trance, transforming into some kind of preteen zombie killer, Green Beret, or vigilante maniac. I mean, how many first-person shooting games must one man master? He’s totally unreachable for two hours every night. I like that it gives me more reading time, but I’m starting to have fantasies about the black and white, digitized author photos on my Kindle.

Game Almost Over in Schenectady

Everybody needs down time, so attempting to ban his electronic passion is not advised and is probably impossible. However, two hours a night is a big slice of bupkis. How about this: give him one hour and then ask him politely to cut out the digital carnage. If excessive shoot-em-up-itis persists, go stealth under the radar and sidle over to his joystick. If he doesn’t respond, you may have to take your own yearnings to the next level by putting down the Kindle and taking up some extracurricular gaming of your own.