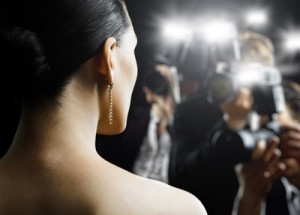 Dear Second Acts;
My best friend and roommate (call her Darla) and I were out at a huge party a few months ago. Really huge…it was at Paramount Studios and the party was on the back lot. We’re both actresses and we have this friend who’s an assistant producer on a cop movie being shot there. Anyway, we hung out together for a while and then mingled and lost sight of each other. We had to leave together…we came in my car. But anyway, on the drive back home, we recounted our experiences and it turned out we had both met someone. You’ve probably already guessed that it was the same someone: a handsome casting director. It was right out of a sitcom. We quickly agreed that we would leave it up to fate. He had both of our numbers, so we’d just wait and see what happened. Well, you won’t believe what happened. Just as she was getting out of the car, her phone buzzed and she got a text. While she was reading it I grabbed my phone out of my purse and I had also gotten text from him that had come in moments earlier. She said that since she saw hers first, she should be able to answer it first. But mine came in first, right? Anyway, we both shot daggers at each other while hitting “call back” at basically the same time, but also kind of giggling like schoolgirls. It was competitive, but silly too, you know? My call got through first and he picked up. Hers went to voice mail. I had dinner with him two days later and we hit it off. I’ve had nine acting jobs in two months. I quit my day job. I have three huge auditions coming up…as in good movie roles in good movies. He wants me to move in with him in Brentwood. I think we’re falling in love. He ended up meeting with her too, but nothing’s happened, not a single audition. I’ve tried hard to promote her with him, but she doesn’t believe that. Nobody’s giggling like schoolgirls anymore. Nobody’s even talking. She won’t even look at me. She’s still working at Trader Joe’s and on the verge of losing a roommate. I think I’m losing a best friend. Any Advice?

I know you feel guilty, but you’re not. If her call had gone through first, there’s no guarantee anything different would have happened anyway. She probably just didn’t impress him as much when they met. But don’t give up on her just because she’s pushing you away. Insist. Spend some quality time with her and show her how much you care about her and value her friendship. I wouldn’t move out immediately either. But if you do move, at least give her a chance to find a roommate she really likes, not the first one who comes along with a fistful of rent money. Regarding the guy: this is Hollywood we’re talking about, so, I would definitely proceed with caution. There’s no doubt that he sees you as a moneymaker…that’s already happening. And I’m sure he sincerely likes you. What you can’t be sure about in Tinsel Town is how long that sincerity will last. So, be careful. People always say you can never trust anyone 100%, including yourself. Well, with this guy, I’d put that number at approximately 51%. If things go well and in a couple of years you’re still together, I’d inch it up to 52%. After you’re married with three kids…53%. By the way, remind your friend and yourself, that circumstances could reverse in a matter of weeks. You could be down and she could be up. You really never know. In your business it’s really important to hold onto your friends. Hooray for Hollywood.