Beware! Be warned! Some mighty angry girlfriends are coming and they mean business.

He’s a liar, he’s a flirt, he’s a jerk and he’s NEVER on time. He roars, he snores and on top of that, he’s a slob. Even so, he was all hers until she found him snuggling up to another woman.  He’s simply a BAD boyfriend who needs to be taught a lesson.

Now our girlfriend is pissed, out for revenge and ready to play the hottest new mobile game for women. 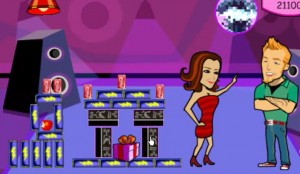 CHAPTER 1 finds our Bad Boy flirting in a bar, after he breaks his dinner date saying he has to work late. Our angry girlfriend’s mission is to make mayhem out of his evening. She uses all of her weapons – stiletto heels, compact, hair brush and anything else she can find in her purse to cause trouble for Mr. Bad and to win points on the Bad Boy Stress Meter, awards that buy her more ammo, and bragging rights on the score board. If she scores high enough, Our Girlfriend may even get flowers. 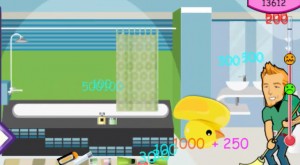 In CHAPTER 2, our bad boyfriend makes a total pigsty out of Girlfriend’s apartment. Her mission is to get him to clean it up. She’s armed with a rubber duck, explosive pearls and other weapons of MESS destruction. The more you score, the more he’s sore. If our Girlfriend wins enough points, he’ll get out the broom and start sweeping up, and he may even send chocolates! 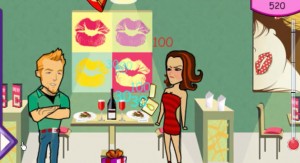 By CHAPTER 3 our Bad Boy just can’t ever make it anywhere on time. He’s playing his video games, hanging with friends and is just plain rude when it comes to arriving on time for a date. Girlfriend’s mission is to make our Bad Boy’s stress meter pop to the top (that’s when he morphs into a jackass). Get enough points and there may be gifts of more ammo AND a piece of jewelry.

Don’t get mad, get even with Girlfriends Strike Back! Revenge has never been so sweet.

(Girlfriends Strike Back, created by BroadLit’s game division – Broadlicious — and Bitfold Group Game Developers, will be released on IOS and Android platforms in October, 2012.)