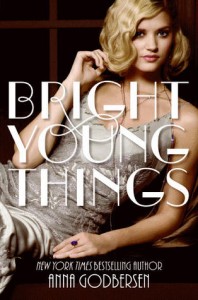 Flappers. Mansions. Champagne. Murder? ABC has just green-lit a new series based on the popular Bright Young Things novels by Anna Godbersen. The story follows two girls, Letty Larkspur and Cordelia Grey, as they leave their small Midwest town for the glitz and glamour of New York City. Of course, the sheen of glamor often shadows the darker truths of the city. Letty is determined to become a big star as Cordelia searches for her father—a man known for his elaborate parties and rough and tumble tactics. The girls are quickly drawn into the racy pace of the Roaring Twenties. As promises of fame and belligerent nights in the mansions of Long Island slowly dot the lives of Letty and Codelia, everything is going to plan. But can they survive to live out their dreams? Or will New York City give them more than they are asking for? Keep an eye out for the series on ABC.