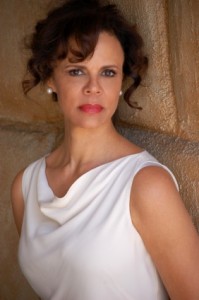 1. What inspired you to write Age of Eve: Return of the Nephilim?

I’d been working for several years on my Vision Quest book series and related interactive multi-media entertainment. The Vision Quest consumed a large part of my life for a very long time, until I realized I needed to take a break and write something totally different.

I intended to write something light with humor, but instead I found myself writing a paranormal romance, because I was intrigued by my heroine, Eve’s, adventure, which grabbed me from the first chapter of Age of Eve.

As I continued to write about Eve, I noticed the mysterious handsome stranger kept pulling me into his supernatural world. At first I thought he was a ghost that haunted the Gregior (spelling wrong) estate. Briefly (five minutes) I considered writing about the usual suspects — vampire, werewolf, one of the undead — but, none of those seemed fresh. I have always been fascinated by the evolution of modern religions from the earliest mythologies pre-dating Egyptian, Greek, Roman and early Hindu belief systems. I am also a fan of Joseph Campbell’s work describing the universality of human belief. I was intrigued by the fact that references to the Nephilim, who play a key role in Age of Eve,  appear in the Christian Bible, the Muslim Qu’ran, and the Hebrew Torah.

2. What are Nephilim and why did you decide to write a novel about them?

Some believe they are the first ascendants of the Annanuki, an alien race that colonized earth and were the “Missing Link” in the evolution of humans mentioned by anthropologists.  Over the centuries stories about alien giants who mated with human women have been mentioned in early stone writings in Mesopotamia and Samariaand in the great library in Alexandria. In many of the major western religious texts these aliens were described as the first children or creations of God who fell from grace – The FALLEN.I decided these Nephilim or “fallen” deserve a place in modern culture.

2.  Tell us about the message in your book.

Female empowerment has been my battle cry since I started writing as a teen. To this day I love creating strong heroines. I wrote several books and screenplays in the early ‘90s and was usually told by studio executives that a female protagonist is always saved by a man–both in real life and in the movies! Thankfully, that has all changed due to the significant successes of strong heroine-based stories in literature and films today. I’m thrilled, because I believe women are the salvation of the planet.

4. Though this is a paranormal romance, what do you think makes this story believable?

We live in an often scary world in which evil does exist. Entertainment is a way to confront and overcome those fears. Eve’s battle with the two Nephilim is a metaphor for the struggle to choose good over multiple evils. I wanted to explore this struggle within the story of a great romance. The Nephilim are amazingly handsome, sensual beings who can be good or bad.  Eve’s story may defy what we have been taught about the universe, but not necessarily what we believe.

5.  You were one of the executive producers and head writer of TV’s Quantum Leap. Why did you decide to write a romance novel instead of a sci-fi novel?

I had just completed 10 years of writing a sci-fi series — The Vision Quest. The Age of Eve has been a nice bridge for me into another genre that includes romance, fantasy and paranormal elements.

6.  Who is your favorite character in your story and why?

Eve is my favorite, but I enjoy Cora. She’s funny and brave and the kind of great best friend that every woman wants to have.

8.  You were a television writer before you wrote novels. How is writing a novel different from writing a TV script?

It took me a long time to adjust from the lightning speed of TV and film. I had to learn to slow down and let the writing breathe, paint the picture, and describe the taste, smell, feel of what is unfolding in the moment.

9.  Which do you like better – writing a novel or writing for TV?

I love writing. Period. Whether I write books, TV scripts, films or plays, I want to have a large legacy of work. That means I’d better get busy. Writing is a lonely, isolating profession, but when I write the stories I love, I write to recover my soul and explore my imagination. When I have a chance to direct, I do it to have more of a social life and to see the story come to life as filmed entertainment. 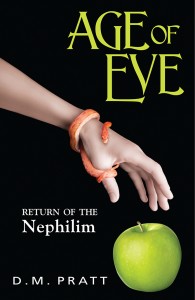 10.  What was your biggest fear about writing this book?

I have no fear of writing, but I did have concerns about this book because Eve is a very sensual story, unlike my heroic stories that young people can read. This one is NC 17 versus my usual PG or PG 13.

11.  What was the hardest part of writing your book?

Discipline is the toughest part of writing anything. Writing is the act of forcing yourself to sit down every day, day after day for weeks, months and even years, doing whatever it takes to get it done. There are times when I think it’s like being pregnant. I love the creative idea as it grows and takes shape in my mind and on paper, and after a long, and sometimes torturous labor, when it is born. I think writers have to write. If they don’t, the voice in their head that tells them stories and speaks the characters’ lines will wake them in the night and torture them until the scene is memorialized on paper. At least, I know that’s how it is for me.

12.  What did you learn from writing Age of Eve?

I sometimes start writing with one idea in mind, but the story takes me in a wholly different direction. Age of Eve turned out to be about human empowerment, despite my original plan to write a humorous, fun adventure.

13.  Any advice for other writers who are thinking about writing a novel?

Once you have a story burning to be written, find or create a space in which you can write. Go there everyday at the same time and write. Close the door, turn off the phone, and spit it out onto the page. Write for only five minutes on the first day. Let your mind keep writing and let your dreams do some of the work, too. Listen to the voices of your characters. Come back the next day and write what is burning to get onto the page. After ten minutes, STOP! Walk away.  Do that every day for a week, then add ten minutes more each week until you are writing 8 hours a day or at least several hours a day.

Mario Puzo has said, “Rewriting is the art of writing.” Rewrite your story until it sings not only to you, but to your audience. When your story is done, be brave enough to send it into the world. Let friends read it, ask them questions and rewrite it again. You will know when it is truly ready to be read by everyone.

Lastly, never let someone saying “No” stop you.

14.  What are your writing rituals?

I write every day at the same time. I write in a beautiful space separate from my daily life, which frees me to be more creative.

15.  Tell us about your favorite authors and why you love them.

Robert A. Heinlein, Michael Crichton, Tom Brown, Charlotte Bronte, J.K. Rowling, Leo Tolstoy to name a few. There are so many good writers, so little time. I could go on forever with a long list, but this is at least a start.

16.  How did your interest in writing originate?

When I was a kid, I got sick and was in the hospital. So I wrote stories about dogs and horses to pretend I wasn’t really in a hospital. Inventing stories in faraway places and controlling how each one ended made me very happy.

I’m writing a new science fiction screenplay with a writing partner, Lynn Isenberg. I plan to finish my Quantum Leap novel and, of course, book four of  the Vision Quest series. I’d also like to direct a feature film.

I have actually started writing book two in the Age of Eve series. I am discovering even more information about the Nephilim. Their history and possible proof of their existence is fascinating. Eve and Philip will explore these mysteries in their search for answers as their quest unfolds.

19.  Can you tell us a little about your hobbies/other interests?

I used to have horses and I absolutely loved riding them and practicing jumping and dressage. Now I’m teaching myself French and piano when I’m not writing. I love reading the histories of lost cultures and ancient civilization, because I believe they may hold the key to our future.

Check out another interview with D.M. Pratt Here or look at her newest novel, The Tempting: Seducing the Nephilim

Recently Ms Pratt was interviewed by Reina Menasche, host of East County Magazine Show’s Bookshelf, and you can listen to her podcast HERE