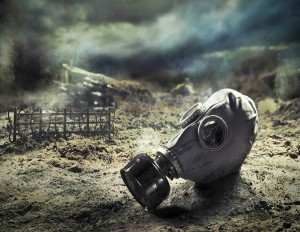 Dystopian fiction is thriving as news stories about global warming, world pandemics, and violent human intolerance of every kind–racial, religious and sexual–inspire tales of a terrifying future for humanity. It’s no fluke that The Hunger Games series sells books and movie tickets. My book club is naturally tapping into the trend, recently reading Station Eleven by Emily St. John Mandel, a tale of technological and social collapse after mass depopulation by a virulent flu strain. Back in 2011, we read the dystopian classic The Windup Girl by Paolo Bacigalupi, set in a Thailand inundated by global warming and decimated by megacorporate “calorie company” biotech tinkering.

Contemplating the popularity of apocalyptic fiction, it’s clear the best dystopian novels not only hold up a mirror to shared fears for the future, they also are essentially hopeful rather than hopeless literary expressions. After all, if enough people are convinced by the writer’s vision that failure to change now will lead to disaster down the road, they may be spurred to avert the forecast doom. Consider the lasting impact of these seminal dystopian works: 1984 by George Orwell, published in 1949, with its eerie prescience about the rise of “Big Brother” government and its Newspeak; Ray Bradbury’s Fahrenheit 451, a 1953 Cold War classic about a society where books and independent thought are banned; 1962′s A Clockwork Orange by Anthony Burgess about the culture of violence, and Do Androids Dream of Electric Sheep? by Philip K. Dick, a 1968 vision of a world dominated by androids. Today’s writers tackle a new crop of fears along with the standard war, famine and plague. But the best dystopian novels still use the same formula for success: They go beyond technical and socio-political jargon to connect with the human heart, breaching our defenses against unpleasant truths with compelling characters and emotions. For a list of some top dystopian reading, go to http://www.shortlist.com/cool-stuff/20-best-dystopian-novels