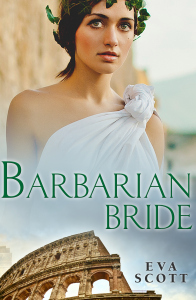 Hello and welcome to Romance Recipes where I am happy to introduce you to a new author and a new recipe! Two of my favorite things! Today I am bringing you author, Eva Scott, and her recipe for Chocolate and Raspberry Cheesecake along with an introduction to her historical romance,Barbarian Bride. Please join me in welcoming Eva and savor her recipe for Chocolate and Raspberry Cheesecake as you read about her new book!

Not many Ancient Roman recipes translate to modern times.  Stuffed sow’s teats anyone?  So to celebrate the release of Barbarian Bride, the second book in the Romancing The Romans series, I thought I’d share something you might be brave enough to try for yourselves.

Put in a pot olive oil, liquamen*, and wine.  Chop a dried shallot.  Dice cooked pork shoulder.  Add these ingredients to the pot.  When this mixture has been well heated, grind together pepper, cumin, dried mint, and anise.  Pour over them honey, liquamen, passum**, a little vinegar, and juice from the meat mixture.  Combine the spices with the meat. Add fruit from which the pits and seeds have been removed, bring the mixture to a boil, and heat thoroughly.  Crumble pastry over the mixture to bind it.  Sprinkle with pepper and serve.

*Liquamen is a fish sauce. Some believe it is the ancestor of Worchester Sauce.

**Passum is a sweet cooking wine

Using the back of a spoon smooth the biscuit mixture evenly into the base.

Cover and refrigerate for 30 minutes.

Stir through 1 tbsp cocoa and 400g of sour cream, 200g melted 70% cocoa dark chocolate and one punnet of raspberries.

Pour mixture into biscuit case and bake for 50 minutes or until the cheesecake wobbles once when touched.

Turn the oven off and leave the door ajar for 2 hours to prevent the cheesecake from cracking.

If your cheesecake does crack simply smother the top with whipped cream and serve!  Enjoy!

Though Klara didn’t love the man who was to be her husband, she didn’t want him murdered, and she vows to track down the man who committed the crime. Sickened that she’d been attracted to the mysterious Roman, Klara tracks Lucius Aurelius to the fringes of the Roman Empire, only to find that they’ve both been trapped in a clever plot to overthrow Klara’s father, the Chief of the Huns.

Klara is separated from Lucius, captured by slavers and sold to a gladiator school. She is the only one who can save herself, by fighting for her freedom. Lucius can ensure her battle is easier, but only by sacrificing himself. How much is he willing to give up for the fiery woman he’s come to love?

Settling back, Klara surveyed the room for the candidate most likely to know Lucius Aurelius.  With so many unwashed, bearded rascals to choose from it was hard to pick.  Finally her gaze alighted on a burly old man whose eyes reminded her of Lucius.  Abandoning the revolting beer she made her way cautiously to where the man sat alone.  He was intent on a dish of stew and didn’t notice her approach.  Klara stood before him, awkward in her uncertainty of what to do next.

She cleared her throat.  The man shovelled another spoonful of stew in his mouth and did not look up.  She tried again, a little louder this time, and still the man ignored her.  Sliding her knife from its sheath Klara slammed the point down into the table where it quivered menacingly.  The spoon stopped half way to the old man’s mouth.  He looked up under busy eyebrows and regarded her for a long moment before the spoon continued its journey.  Chewing slowly he simply sat and looked at her.

Klara put her hands on her hips.  Now she had the man’s attention starting a conversation about Lucius seemed even harder than she thought it would be.  The man lowered his gaze, scooping up another spoonful of stew, and she found herself dismissed.

“Hey!” she slammed both her hand down on the table.  “I want to talk to you.”

“So talk.” The fact he didn’t bother to look up infuriated Klara.  The man has no manners— and they call Hun barbarians.

He looked up then.  “Really?”  Pushing the bowl away he leaned back in his chair, letting his eyes roam over the curves of her body.  “I’d be happy to oblige.”

Klara swept the empty bowl off the table with the back of her hand.  It clattered on the floor and rolled under the table.  Her chest heaved with suppressed anger.

“Might I suggest you would do better with men if you tempered your aggression?  So unattractive in a woman.”

Klara wrenched the knife out of the table and held it towards the man.  “Do you know a man named Lucius Aurelius?” she hissed.

The old man’s bushy eyebrows shot up and disappeared into his hairline.  “Lucius?  How on earth do you know Lucius?”  He narrowed his blue eyes and leaned forward, his hand shot out grabbing her wrist.  “Who are you?”

She tried to reclaim her hand but the man was too strong.  Cleverly he’d grabbed her hand holding the knife so there was very little point struggling.  She raised her chin and said, “I am Klara…” 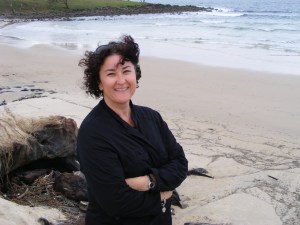 Eva lives on the Sunshine Coast, in Queensland Australia in the town which brought the world the Bee Gees. When she’s not writing romance you can find her out on the water kayaking, fishing or swimming. When on dry land it’s all about the shoes and the coffee (and old Bee Gees records). 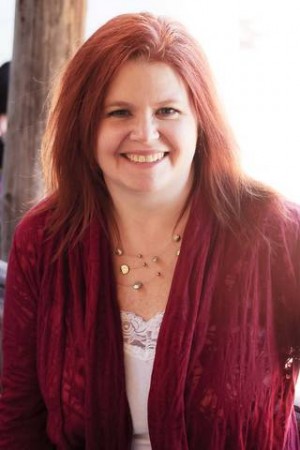 Jennifer Lowery grew up reading romance novels in the back of her math book and on the bus to school, and never wanted to be anything but a writer.  Her summers were spent sitting at the kitchen table with her sisters spinning tales of romance and intrigue and always with a tall glass of iced tea at their side.

Today, Jennifer is living that dream and she couldn’t be happier to share her passion with her readers.  She loves everything there is about romance.  Her stories feature alpha heroes who meet their match with strong, independent heroines.  She believes that happily ever after is only the beginning of her stories. And the road to that happy ending is paved with action, adventure, and romance. As her characters find out when they face danger, overcome fears, and are forced to look deep within themselves to discover love.

Jennifer lives in Michigan with her husband and two children.  When she isn’t writing she enjoys reading and spending time with her family.