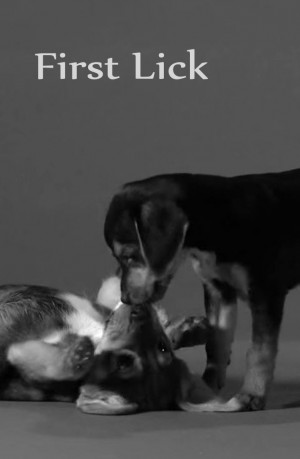 The country’s #1 YouTube video is First Kiss. A charming viral campaign which was uploaded on March 10 and received over 63.2 million views in the first month. Now, less than a month later, the video has generated more than 100 millions views. It is the most viewed apparel or fashion branded video campaign of all time.

The popularity is due in parts to derivative content — copies, mashups, responses, and spoofs. Spoof content alone accounted for 65 percent of all derivative views (15 percent of the total campaign views).

Puppies and kittens can’t pucker, but they sure can lick. And lick they did. Not just puppies with puppies and kittens with kittens. Some kittens licked with puppies and vice versa.
While Fallon’s video is half the length of the original “First Kiss,” it’s backed by the same song, Soko’s “We Might Be Dead by Tomorrow” and could easily be a viral hit in its own right.
If there’s anything people desire to see more than two strangers kissing, it’s lots and lots of cute puppies and kittens.

The video is below.