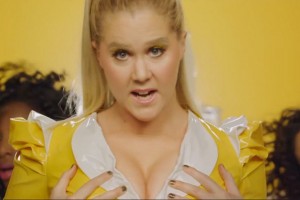 *Warning. This page is definitely NOT SAFE FOR WORK (NSFW).

Ever since her show, Inside Amy Schumer, premiered on Comedy Central, Amy Schumer has been a feminist force in the comedy world. With her show having been nominated for seven Emmys, this native New Yorker is really beginning to take off.  And this summer, she’s breaking onto the movie scene with a starring role in Judd Apatow’s Trainwreck. Ready to get to know her a little better? We’ve got you covered with 5 of her best moments … so far.

Amy can only sit patiently for so long. She knows some dark, dirty secret about the groom and she has to be the one to bring it up. Only problem is, she forgot what the secret was.

In this cute skit, Amy and a barista flirt over coffee and not a single word is said between them.

Amy develops an intense relationship with a man she met the night before.

In this parody of Friday Night Lights, Amy and Josh Charles portray the small town texas coach and wife team who insist their players stop doing such horrible acts. 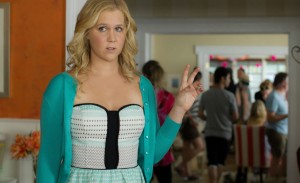