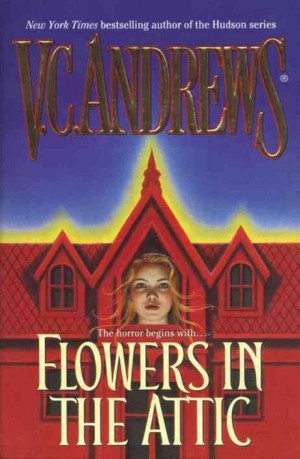 Flowers in the Attic was written in 1979 by V.C. Andrews and sold over 40 million copies worldwide. It spawned a movie of the same name starring Kristy Swanson in 1987 and a second adaptation is set for release January 18th and will feature Heather Graham. The book was the first in the Dollanganger series, followed by Petals on the Wind, Seeds of Yesterday, and Garden of Shadows. The popularity of the book series has already encouraged Lifetime to green-light the sequel, Petals on the Wind. Flowers In The Attic follows four siblings — two boys and two girls — who, after their father’s death, are torn from an idyllic life and subjected to cruel abuse resulting from a long-hidden family secret. Abandoned by their mother (Heather Graham) and forced to endure unimaginable treatment living in their grandparents’ attic, they form their own family unit. But as the oldest boy (Mason Dye) and girl (Kiernan Shipka) come of age, their family’s past entraps them further as they try to escape from the harsh conditions in which they live. Flowers is set in the 1950s, as is the book because in this era of Facebook and Twitter, “you can’t just have two teens disappearing without people knowing where they are,” said screenwriter Kayla Alpert.