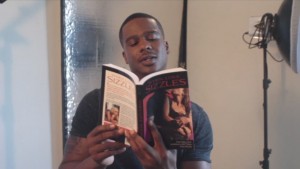 TruLOVEstories’ latest Shirtless Bedtime Story, inspired by the short story In Love With My Next Door Neighbor, debuts today. When we asked four heart-melting “model” men to read a story from BroadLit’s series of TruLOVE® Collections, after a lot of coaxing (and begging), they reluctantly agreed. We caught it all on camera, but the result is far from what you might expect. Not only did they read the stories with whole-hearted enthusiasm, they saw themselves as the “stars” of the love stories.

This week’s episode is the story of Liz, a woman who had been burned by love and given up on ever finding someone she could trust. But her heart skipped a beat when she met her intoxicatingly handsome new next-door neighbor. Will she take a chance on love with Cullen, or decide to go on living alone with her cat Chloe? Cullen, our irresistible neighbor, is played by actor Roy Williams, Jr.

A new Shirtless Bedtime Story will be debuted each week for the entire month of November. The first video, Lust With the Proper Stranger, premiered on November 6. The second shirtless scorcher, Lunchtime Rendezvous: Delectable Delights, premiered on November 13. The final story, The Confessions of Candy Apple, will launch on November 26.
Tune in next week for the next Shirtless Bedtime Story video.
You can watch all three videos NOW! 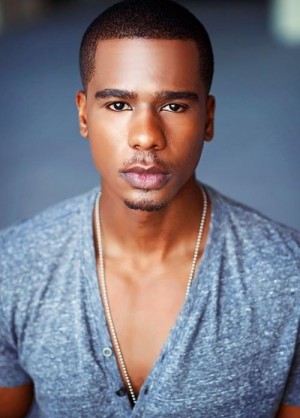 Born in Hawaii while his father was stationed at Schofield Barracks Army Post, Roy Williams, Jr. is now a working actor living in Los Angeles. He has acted in several feature and independent films and in commercials as well as modeled for print jobs and fashions shows. Roy is known for his work on Breaking Point, Donor, and Saltwater Cowboys.
While growing up, Roy and his parents were transferred to various Army posts, ending up in Florida where Roy was a star baseball, basketball and track athlete and a graduate of Northwest Florida State College & Full Sail University with a degree in Film and a graduate of the Truthful Acting Studio.
Roy’s most romantic date took a lot of planning on his part. First, he arranged for a car to pick up his girlfriend at the airport. She returned to her apartment to find lit candles artfully placed around a just-filled bath with perfectly warm water. Waiting for her as soon as she dried off, were masseuses ready to give Roy and his date a couples massage. The perfect end to their evening was when she sat down to her favorite dinner dish, which he had specially prepared using one of her mother’s recipes!