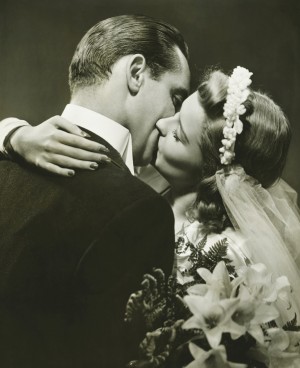 I had seen him only three times in my life. We had met by accident in rather a romantic way, and for the last two weeks in August I and he, too, perhaps, lived in a magic world, a world of wonderful promises and a glowing future.

Then my world crashed—he left for college.

Our meeting was so vague, our knowledge of each other was so limited, and, as mutual friends we were non-existent. So, it was not surprising that I heard nothing from him. But I could not forget his perfect manners, his friendly smile, and the charming things he had said. No other man could interest me. I often told myself how silly I was to dream of him, who probably considered it just a light flir­tation. However, no amount of common sense would cure me of my love. For it was love. I couldn’t help seeing that.

Exactly four years and two months later I saw him one day on the street. The business district was crowded with people, but in spite of them all, I saw him. I seemed to feel him coming. My first subconscious thought was: “Will he remem­ber me?”

With many people around us; with four years separating our friendship; and with all the great and small things that happen to shadow memory, he recognized me. He reached out his hand, and said, oh, so gently: “It is you, isn’t it?”

Need I say that it was the happiest moment of my life?

And is it necessary to add that we were recently married and intend to love happily ever after?