True Detecitve, the HBO miniseries that enthralled audiences with its eerily beautiful images and masterful acting performances, will soon be gearing up for a second season, but without stars Matthew McConaughey and Woody Harrelson. Officially announced as cast members for season 2 are Colin Ferrell and Vince Vaughn. The new storyline that will unfold in season 2 will be about three police officers and a career criminal who must navigate a web of conspiracy in the aftermath of a murder in California. Sounds exciting! 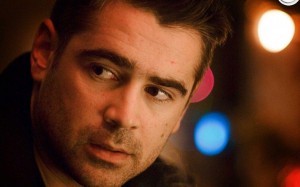 Farrell will play one of the three cops, Ray Velcoro, a compromised detective whose allegiances are torn between his masters in a corrupt police department and the mobster who owns him. Vaughn is the career criminal, Frank Semyon, who is in danger of losing his empire when his move into legitimate enterprise is upended by the murder of a business partner. One of the other two police officers, Paul Woodrugh, is expected to be played by Taylor Kitsch, while the third is the female lead, Ani Bezzerides.

The first two episodes will be directed by Justin Lin, with filming slated to begin this fall in California.