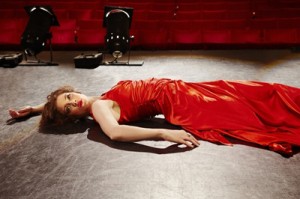 I admit I’m a sucker for forensic detection, especially mystery fiction where the medical examiner or expert is the key crime solver. I like Patricia Cornwell’s Dr. Kay Scarpetta series, Kathy Reichs’ Dr.Temperance Brennan mysteries, Tess Gerritsen’s Dr. Maura Isles, and Aaron Elkins’ “skeleton detective” Gideon Oliver, for example. Of course, I watch TV series such as “CSI,” “Bones,” “NCIS,” etc., where forensic experts put trace evidence in fancy machines that pop out scientific proof of guilt in seconds. With all the incriminating circumstantial evidence from DNA, fingerprints, bite marks, ballistics, blood spatter, insect activity, hair and fiber matching, and so on, it’s amazing that, in reality, direct evidence from witnesses still leads cases and that some crimes remain unsolved, murderers escape and innocents are convicted. In fact, popular fascination with forensics has actually created a crime prosecution problem known as the “CSI effect.” Trial jurors now may hesitate to convict without the forensic evidence from supposedly infallible experts that they have come to expect based on fictional crime dramas. Alas, there is more fantasy than fact in many televised forensic feats. Contrary to TV dramatics, forensic investigators don’t question suspects, process evidence in minutes, and then direct police to arrest the guilty party. The police, not CSI sleuths, take care of interrogations and arrests. Most forensic investigations stay removed from the action in autopsy rooms and labs. And those labs lack all the high-tech devices and expert staff seen on TV so specimens are routinely sent out for tests requiring days to months, not minutes, to complete. It can take four to six weeks just to get toxicology test results, for example. Plus, forensic tests — even DNA and fingerprint matching– are not foolproof. Forensic science is not immune to human error or varying opinions. That’s not to say that forensic advances aren’t playing a vital role in solving and prosecuting crimes today. The real forensic triumphs are as amazing as the myths. Check out some fascinating forensic facts at http://www.myforensicsciencedegree.com/25-surprising-facts-about-forensic-science/