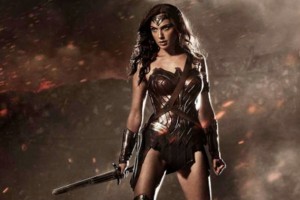 Somewhere, Lynda Carter is smiling. She knows that the iconic character of Wonder Woman that she made famous on television for the better part of the 1970’s, is getting a big screen reboot, and it couldn’t come at a better time. For decades, the superhero landscape has been dominated by Batman, Superman, Thor and many other manly heroes from our childhood. But there’s been no starring role for a female superhero. . . until now. Gal Gadot, who will star as Wonder Woman will first make an appearance in 2016’s Batman v. Superman: Dawn of Justice,  and then will reprise the role in a standalone movie. Gadot, who is most famously known for her sexy and mysterious performance in the Fast and the Furious franchise, will put away the car keys and get out the invisible jet keys to crack down on evil supervillains.

“Wonder Woman is arguably one of the most powerful female characters of all time and a fan favorite in the DC Universe,” Director Zack Snyder said last year when Gadot was cast. “Not only is Gal an amazing actress, but she also has that magical quality that makes her perfect for the role. We look forward to audiences discovering Gal in the first feature film incarnation of this beloved character.”

The standalone Wonder Woman film is set to release in 2017, along with a slew of other DC Comic films including The Flash, Shazam and Aquaman.