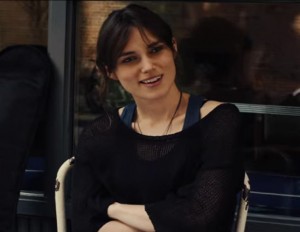 Begin Again is a sweet and romantic tale that deals with loneliness and love in New York City. It also happens to be the latest film in a long line of wonderful hits for British born actress Keira Knightley. Her sweet smile and effortless charm have given her some incredible opportunities in Hollywood.

She grew up in London, England, to parents that thrived in show business. In her mid-teens, she landed her first major role in the film Star Wars: Episode 1 — The Phantom Menace (1999). That same year, Knightley had a supporting role in the television miniseries Oliver Twist with Sam Smith, Julie Walters and Robert Lindsay. In 2002, Knightley had a career breakthrough with Bend It Like Beckham and followed that up with her first blockbuster hit in 2003’s Pirates of the Caribbean: The Curse of the Black Pearl.

With her classic good looks, Knightley became the go-to girl for period dramas. She starred in Atonement, King Arthur and Jane Austen’s Pride and Prejudice— for which she earned an Academy Award nomination. She has also played the title characters in The Duchess and Anna Karenina.

In May 2012, Knightley announced her engagement to British musician James Righton of the Klaxons,and the two wed early May 2013. In addition to acting, Knightley has worked as a model, appearing in ads for companies like Chanel, luxury goods brand Asprey, Shiatzy Chen as well as Lux haircare products. 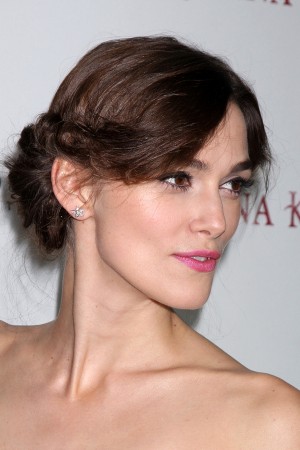 Knightley is the face of an Amnesty International campaign to support human rights, marking the 60th anniversary of the United Nations Universal Declaration of Human Rights. In 2004, she travelled to Ethiopia alongside Richard Curtis, Sanjeev Bhaskar and Julian Metcalfe on behalf of the Comic Relief charity.

She posed for photos for WaterAid in 2005 and also for the American Library Association’s “Read” campaign (a promotional poster of Pride & Prejudice). The dress she wore to the 2006 Academy Awards was donated to the charity Oxfam, where it raised $6,000.

In April 2009, Knightley appeared in a video to raise awareness of domestic abuse entitled Cut shot for Women’s Aid. The video created controversy, with some sources calling it too graphic, while other groups support the video for showing a realistic depiction of domestic violence. In November 2010, Knightley became patron of the Spinal Muscular Atrophy (SMA) Trust, a British charity that funds medical research into the disease spinal muscular atrophy.

For International Women’s Day 2014, Knightley was one of the artist signatories of Amnesty International’s letter to UK Prime Minister David Cameron campaigning for women’s rights in Afghanistan.