Last week we wrote about Good 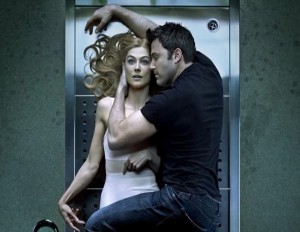 Books that were turned into Bad Movies. It can be so disappointing when a story you love is lost in translation when it is told on the big screen. But all hope is not lost. Sometimes good books can actually become good movies. They may be different because of what has to be left out for a two-hour movie. Rarely, but sometimes, they may turn out even better than the book! Here is a list of some of our favorite Good Books Translated To Good Movies:

Gone Girl was #1 on the New York Times Hardcover Fiction Bestseller list for eight weeks. It was also twenty-six weeks on National Public Radio’s hardcover fiction bestseller list. Even though some liberties were taken with a few plot changes and a couple of missing characters, David Fincher creates a moody, meticulously crafted thriller that straddles the divide between genre and art. It also helps that Gone Girl author, Gillian Flynn, wrote the screenplay.

Winner of eleven Academy Awards in 2003, including Best Picture, Lord of the Rings might have been even better than the book.  Not only has Jackson boldly and faithfully brought J.R.R. Tolkien’s world to life, he’s created the most epic and sweeping fantasy adventure of all time.

The third book in the series was pretty great, but the movie went above and beyond expectations.  Alfonso Cuaron (director of Gravity and Children of Men) perfectly illuminated this wonderful novel of fantasy and intrigue. Nominated for two Academy Awards, this fantastic film remains one of the, if not the best in the entire Harry Potter series.

The novella, Rita Hayworth and the Shawshank Redemption, was written by Stephen King in the 1982 collection, Different Seasons. There are, of course, slight nuances and variations in the film from the book, but overall the book is an incredibly enjoyable read—and the film version is nearly flawless. Nominated for seven Academy Awards in 1994, including Best Picture, and voted #1 movie of all time by users on IMDB since 2008.

Stieg Larsson’s novel was released to great acclaim in Sweden and won Sweden’s Glass Key Award in 2006 for best crime novel of the year. It also won the 2008 Boeke Prize, and in 2009 the Galaxy British Book Awards for Books Direct Crime Thriller of the Year, and the prestigious Anthony Award for Best First Novel. It debuted at #4 on the New York Times Best Seller List. The first of two film adaptations — the Swedish film, starring Noomi Rapace was critically acclaimed. Then David Fincher tried his hand at the American adaptation starring Rooney Mara and Daniel Craig. While also a successful film, it lacked the raw grittiness and gripping performance that Rapace delivered.