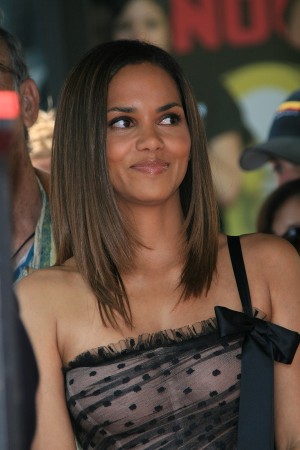 From DeadlineHollywood.com: CBS and Amazon are taking the video-on-demand model they introduced with the Amblin-produced summer series Under The Dome and are applying it to the new summer series from Steven Spielberg’s production company, Extant, which is set to debut on CBS in June. Like with Under The Dome, Extant, which stars Halle Berry, will have its exclusive subscription home on Amazon Prime Instant Video, with unlimited streaming of all the series’ episodes available four days after their initial broadcast on CBS. Episodes of Extant will also be available for purchase and download exclusively at Amazon Instant Video.

Last summer, Under The Dome became the most-watched scripted summer series in 21 years with 15.06 million viewers on CBS, and its freshman season also was watched by more customers than any other TV season on Prime Instant Video last year. The two companies in September renewed their licensing agreement for the upcoming second season of Under The Dome, which is expected to serve as a companion to Extant, a mystery thriller about a female astronaut trying to reconnect with her family when she returns after a year in outer space. Her experiences lead to events that ultimately will change the course of human history. “Our partnership with Amazon for Under The Dome helped build a creative, financial and marketing model for event television in the summer,” said Scott Koondel, Chief Corporate Licensing Officer, CBS Corp. “We look forward to using the same model for Extant, a series whose creative auspices, on-screen talent and intriguing concept is already generating great excitement.”Extant is a co-production of CBS TV Studios and Amblin TV. Spielberg, Greg Walker, Mickey Fisher, who wrote the script, Brooklyn Weaver, Justin Falvey and Darryl Frank will serve as executive producers. Halle Berry will serve as co-executive producer. The series will be distributed domestically by CBS Television Distribution and worldwide by CBS Studios International.