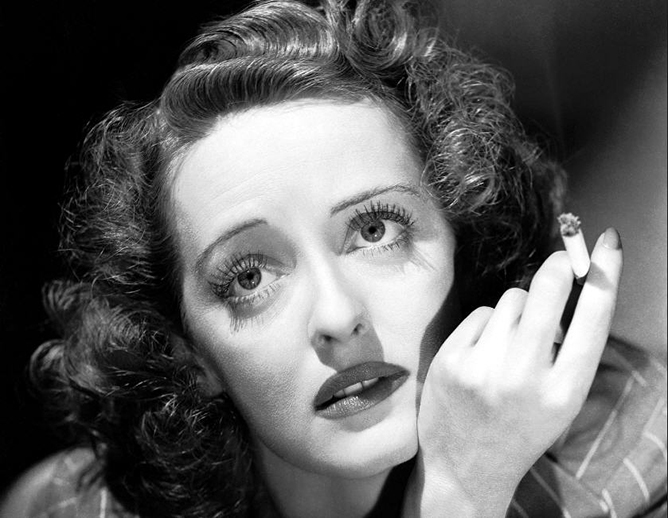 Ruth Elizabeth Davis was born in Lowell, Massachusetts, on April 5, 1908, the eldest daughter of Harlow Morrell Davis, a lawyer, and Ruth Favor Davis. She was called Bette as a child and kept the name throughout her career.

Davis got a break when she was offered a part in The Man Who Played God. She received good reviews and a long-term contract from the Warner Brothers studio. This began a series of films with Warner, mostly unremarkable and insignificant, but critics began to notice Davis’s talent and unique quality. Davis began to claw her way to the top of the film world. She fought for and won the right to appear in another studio’s production of Of Human Bondage. Suddenly, the world was introduced to a brilliant new actress.

Davis won her first Academy Award in 1935, for her role as a troubled young actress in Dangerous. She then appeared in The Petrified Forest with male stars Leslie Howard and Humphrey Bogart in 1937. After a rocky period at Warner Brothers, during which time she was suspended for turning down roles, sued the studio and spent some time in England, she returned to Hollywood, and was offered a higher salary and better choice of roles. 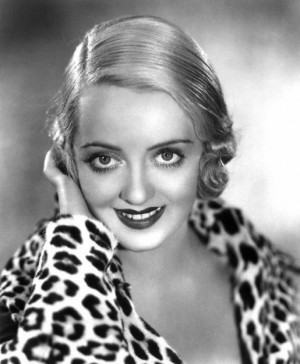 Davis received her second Oscar for her performance as a rebellion Southern belle in 1938′s Jezebel. A number of critical and box-office successes followed: She played an heiress coming to terms with mortal illness in Dark Victory and Elizabeth I in The Private Lives of Elizabeth and Essex (both released in 1939), and went on to deliver several well-received performances in films of the 1940s, including The Little Foxes; the comedy The Man Who Came to Dinner; the American drama Now, Voyager; and the drama The Corn is Green. By the time she severed ties with Warner Brothers in 1949, Davis was one of its largest talents.

Her feud with Hollywood icon Joan Crawford was legendary. Crawford approached Davis with a request to play opposite her in a new script called, What Ever Happened to Baby Jane. The film was a desperate attempt to take advantage of the public’s interest in the two fading stars and their history of contempt for each other. The film worked, and was quite the box office success story. 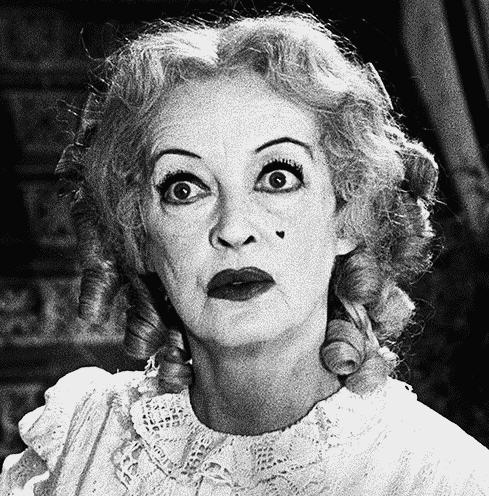 During the 1970s and 1980s, Davis continued to appear in films, mainly on television. She also appeared on many talk shows, delighting her audiences by her refusal to give in to old age. She was the fifth person to receive the American Film Institute’s Life Achievement Award in 1977 and the first woman to be so honored. In 1979 she won an Emmy Award for Strangers: The Story of a Mother and Daughter.

Davis wrote two books about her own life, The Lonely Life (1962) and This ‘N That (1987) (the second of which answered charges by her daughter that Davis was an alcoholic who had abused her children). She was also married four times.  Her first marriage, to bandleader Harmon Oscar Nelson Jr., ended in divorce; her second husband, businessman Arthur Farnsworth, died in 1943. With third husband William Grant Sherry, Davis had a daughter named Barbara. While married to Gary Merrill, her co-star in All About Eve, she adopted two children, Margot and Michael; the marriage ended in divorce.

She passed away from breast cancer while in France in 1989. Davis was 81 years old.