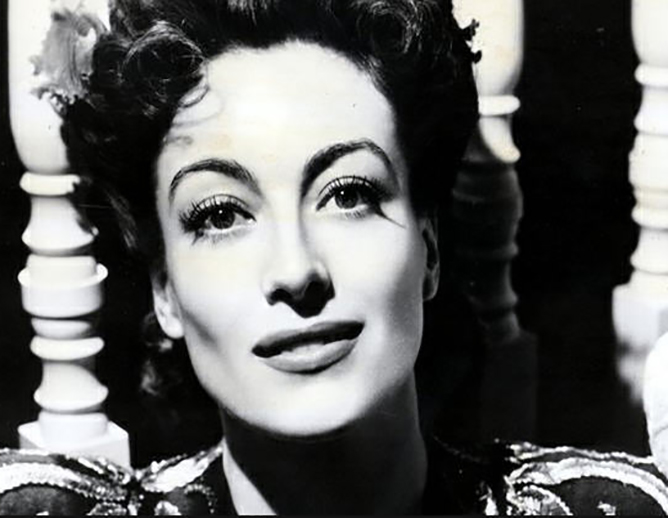 Lucille Fay LeSueur was born to a single mother in Texas and spent her childhood moving from state to state, struggling to get a proper education. She dreamed of a better life as a famous dancer. After some time in various chorus lines, Lucille decided to switch gears and landed a $75 a week gig as an actress at MGM. The studio publicist didn’t like the sound of her name (too close to “sewer”) so he organized a “Name the Star” magazine contest for $1000 prize. And a star (named Joan Crawford) was born!

A prolific and long-lasting film career was to follow, with Crawford ultimately going on to star in more than sixty films. She took on talking roles with projects like Hollywood Revue (1929) and Grand Hotel (1932), and her dancing skills were prominently displayed with Fred Astaire in the 1933 hit Dancing Lady. Clark Gable was also featured, and was a recurring co-star in works like Possessed (1931) and Strange Cargo (1940). 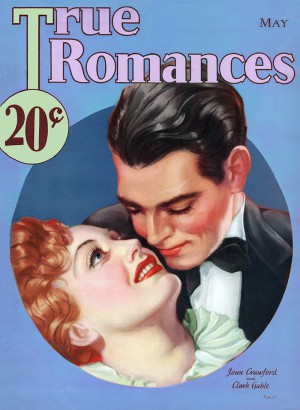 Was Clark Gable the love of her life? At times, Joan intimated as much, even though she had had four husbands—actors Douglas Fairbanks, Jr., Franchot Tone, Phillip Terry, and Pepsi-Cola president Alfred Steele—and many lovers. Clark Gable co-starred with Crawford in eight movies, more than anyone else, and the two are rumored to have pursued an affair on and off for decades. They were certainly good friends, and when Gable’s wife Carole Lombard was killed in a 1942 plane crash, Crawford took over her scheduled role in the film They All Kissed the Bride and donated her salary to the American Red Cross. 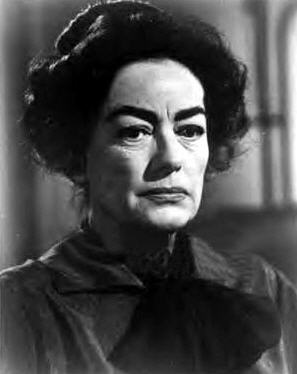 Crawford adopted four children, one of whom, Christina, wrote the 1978 memoir Mommie Dearest, in which she writes of enduring highly erratic and abusive behavior from her mother during childhood. The book was adapted into a 1981 film starring Faye Dunaway as Crawford.

Though garnering a series of notable roles, including her Oscar winning performance as the lead role in Mildred Pierce, Crawford’s career had grown quiet, only to be revitalized yet again with the 1962 horror classic Whatever Happened to Baby Jane?, co-starring her “buddy” Bette Davis.

Crawford died of a heart attack in 1977. Her exact age was unknown as her birthday was a subject of numerous rumors.