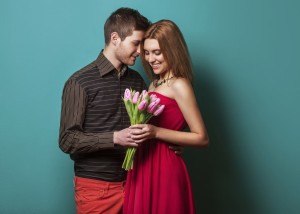 Last week, one of the sellers on Never Liked It Anyway (the marketplace for breakups where, full disclosure, I work) is selling a bottle of ketchup. She says she always hated the stuff, and now that her ex is out of the house, she wants it out of the house too. The bottle is half-used; and she’s throwing in a whole one for free. Bonus! While this is obviously ridiculous, it does bring up the question of compromise. How much is too little? How much is too much?

My sister and I decided to hit the streets of the East Village to take the pulse of the nation and find out exactly, “What’s the craziest thing you’ve ever given up for love?”

“I once gave up alcohol. I’m a trainer so it’s not like I go that crazy, but no wine with dinner? No champagne at birthdays? No beer at the game? It was the stupidest thing I ever agreed to.”

We’re with you, Sarah. It’s one thing to date a non-drinker, and another if they expect you to abstain in solidarity.

“I dated a vegan for eight months, and after the first two, I became a vegan too. It was hell. I’m sure I gave up other things, I just can’t remember. I was too weak and hungry to really know what was going on.”

When you’re weakened by dietary blows, there’s no telling what else you’ll agree to. We classify this as a gateway compromise: it starts with a dietary change and ends with a full-blown commitment. And you never know, you might end up loving a new food lifestyle. Sadly, that was not the case with Dave. Beware the tofurkey!

Lydia didn’t have a story of her own, but one of her best friends had to break up with a guy that kept bees in his backyard. The problem wasn’t that she didn’t like bees, she just happened to be deathly allergic to them. Though a strange tale, it’s kind of amazing to be able to say you went head-to-head with bees over a guy. Especially when they won.

Bills once dated a guy that hated feet. His boyfriend would insist that he’d wear socks morning, noon, and night.

“So I guess I gave up being barefoot. It doesn’t sound like such a big deal, but it got ridiculous. As soon as he’d leave the house, I’d whip my feet out like I was some kind of addict sneaking around to get a hit of foot freedom.”

We’ve got to hand it to Bills. We’re not so sure we could take such a strange request seriously.

When she lived in London, Jessie dated a guy that was big into Skeleton Racing. For those new to this extreme sport/death wish; it’s where you sled head first down a steep icy slope at an unstoppable pace. That’s right, head-first sledding. On their third date, he took her to try it out and, being the trooper she was, she gave it a go. Yet despite her stellar efforts, he wouldn’t compromise on anything in return.

“Not even what movies we would see,” she said.

She ended up breaking up with him after he threw a fit about having to watch Argo.

“I once broke up with a girl because she didn’t eat any vegetables. Except fries.”

Matt went on to explain that every time they went out, he felt like he was baby-sitting a child, not dating an adult woman. He said his friends gave him grief for ending it for the sake of a zucchini or two, but to him, those veggies represented a lifestyle that nobody was worth forfeiting.

Stay strong, Matt, one day you’ll be lucky enough to find someone equally as weird as you and weird in the same ways.

So there you have it. Whether the sacrifice is sincere or silly, it always seems like a strange thing to have done with a bit of hindsight on your side. Perhaps the key is to address the ridiculous as it crops up to help keep that healthy perspective we all seem to lose sight of. 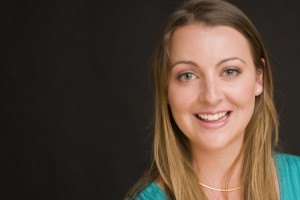