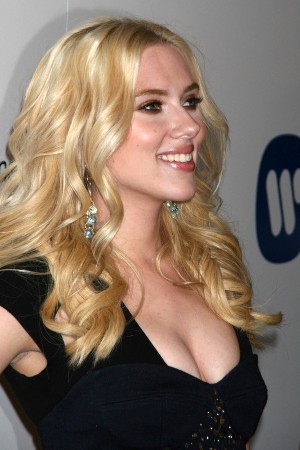 Tony and BAFTA award-winning actress Scarlett Johansson (Lucy) has proven to be one of Hollywood’s most talented young actresses. The Golden Globe Award nominee recently starred in Marvel’s Captain America: The Winter Soldier, opposite Chris Evans; Jonathan Glazer’s Under the Skin; and Jon Favreau’s ensemble comedy Chef, opposite Robert Downey, Jr. and Dustin Hoffman. In addition, she lent her voice to Spike Jonze’s critically acclaimed sci-fi romance Her, in the role of Samantha, an operating system, and earned the Best Actress Award at the Rome Film Festival.

Born on November 22, 1984, in New York City, Scarlett Johansson comes from a long line of creative artists. Her Danish grandfather worked as a screenwriter and director, and her mother worked as a producer. At the age of 8, she appeared in an off-Broadway production of Sophistry with Ethan Hawke.

After graduating PCS—a private educational institution–in 2002, Johansson soon found herself as one of Hollywood’s top up-and-coming actresses. She had two starring roles in 2003, both of which garnered her critical accolades — Lost in Translation, and Girl with a Pearl Earring. Around this time, Johansson branched out into new territory when she joined forces with Pete Yorn for an album of duets, which were recorded in 2007. The pair finally released their collaborative efforts in 2009 with the album Break Up, and Johansson wrote several tracks for the recording. The recording proved to be a critical and commercial disappointment. However, it lead her to a new career challenge.

In 2009, she made her Broadway debut in a revival of Arthur Miller’s drama A View from the Bridge opposite Liev Schrieber. For her work on the show, Johansson won a Tony Award.

Johansson married Canadian actor Ryan Reynolds in September 2008, in a small ceremony in British Columbia, Canada. The couple purchased a home together in Los Angeles, but filed for divorce two years later in December 2010. In November of 2012, she began dating French journalist, Romain Dauriac and the two announced their pregnancy this past March.

Her newest film, Lucy is now out in theaters. Johansson plays Lucy, a woman, accidentally caught in a dark deal, who then turns the tables on her captors and transforms into a merciless warrior evolved beyond human logic.

She served as an Oxfam Ambassador for eight years, starting in 2007, and created a video journal of her visit to Kenya with the organization. In 2007 she skipped the Oscars in order to tour India and Sri Lanka as part of Oxfam projects. During her 10-day trip she visited an Oxfam-funded school in Uttar Pradesh, got involved in a few healthcare projects and one domestic violence project involving Indian women, and travelled to Sri Lanka to see how the charity was helping in reconstruction projects after the 2004 tsunami.

Johansson also spent time helping Hurricane Katrina victims by dishing out food from USA Harvest to the homeless at the Made Love Cafe in St. Benard Parish in New Orleans.

On top of all this, Scarlett is an avid supporter of Soles4Souls, and has donated 2,000 pairs of new shoes in the past. Souls4Soles gives away a pair of shoes every 13 seconds in over 120 countries, with over 55 percent donated to fellow Americans.”