Calling all ANGRY GIRLFRIENDS! When you first fall in love, you enter the pink phase where your boyfriend can’t do much wrong.   “Even the way he picks his nose when he thinks I can’t see is kind of cute!” you may think privately when you’re in this uncritical stage of love.

He gets away with a LOT when love first blooms.   (And you do too, but this isn’t about you.)

His slobbiness, for example,  merely means he’s so  relaxed and comfortable around you that he acts natural, wanting you to see the real him and not some fake Mr. Clean. And how can you get mad at him for being late all the time when his apologies are just so darn sweet, sincere – and kissy.  When he flirts with other women?   Well that just proves he’s a guy who a lot of other women find attractive  – and YOU’RE the one he’ll be going home with at the end of the night, not those sluts.

Then time marches on and these same qualities begin to grate because…..

He hasn’t cleaned the bathroom sink after shaving—again??? And why is he ALWAYS late?  And does he have to flirt with other women in front of you?  These little habits are no longer adorable aberrations. They’ve become annoying realities.

You try talking to him about it. Blah, blah, blah, blah. You try teasing him about it or complaining or getting mad. You run through emotions the way he runs through a pile of clean underwear.  But you don’t leave your emotions lying all over the bedroom floor for him to trip over when he gets up to go to the bathroom during the night.

Now you begin to think that his slobbiness is just laziness. His perpetually being late makes him look like he’s either incredibly untogether or that he thinks he’s the King of the Universe and his time is more valuable than yours – or anyone’s, for that matter.  And his continual flirting with other women now seems insulting and kind of low-lifey.

But then again, perhaps ultimately he has greater virtues that overrule these incredible irritations.   Or perhaps not.    Here’s where you have to decide if you’re going to dig in and deal with the stuff about him that drives you crazy — or if it’s just time to ditch him.

And so, angry girlfriends, if you decide to carry on with Mr. Slobby Tardy Flirt, we are here to help. Today we begin with the first in our three-part series on “How To Fix Your Boyfriend!”

PART 1: How To Fix Your Boyfriend When He’s a Flirt 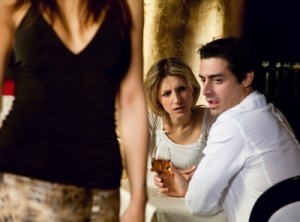 Obviously you’ve talked to him about how his unabashed flirtatiousness with other women making you feel as desirable as a day-old Big Mac.  He tells you it means nothing. You point out that to you it means something. He protests that he just likes to flirt.  No harm, no foul. But to you it still stinks.

Sorry but there’s no way you’re going to change this guy. The only women who have the power to convince him that his excessive flirting borders on the pathetic are the women he is indeed flirting with.

However, you can minimize the aggravation, irritation and/or rage that overtakes you when he starts his coy games with other women. Don’t be a victim. Be a vamp.

1. Distract him. Get him away from his prey.  Ask him to get you a drink or to dance or to  help you in the kitchen or to come and meet someone you’ve wanted to introduce him to.  Or just tell him in a flirty way, “Come here!”  If he asks what’s up, just insist with a great smile, “Just come here!” and to the woman, “Excuse us, I’m sorry!”  And when you get him alone, outline your plans for him.  Use your imagination here. (We’ll get you up to bat, but you have to hit the home run.)

2. Move in on the lady yourself. Corner the conversation with her so that he’s edged out.  Start talking girl-talk or get her talking about herself.  (Most likely he’s been talking about himself.)  Or ask her advice on something you really have wanted another woman’s advice on. Lean into her and commandeer her for your own conversational purposes.

3. Bait and switch. Bring over another guy to join their conversation. Grab some guy by the arm and stroll on over to introduce this guy to your boyfriend – but keep holding this guy’s arm as you do so. Then introduce this guy to the woman your boyfriend has been flirting with.  At this point, you bait and switch.  Now grab your boyfriend’s arm and suggest that the two of you go get some air or a drink or whatever.  People will be so confused at this point by your orchestrations that they’ll just go along with you because you appear to be the lead conductor.

4. Of course, the other option is to dump the flirtatious loser and then play Girlfriends Stike Back (an exciting new mobile game from Broadlicious available on Android and coming soon on iOS!)  to make you feel better about all the things you’d never do to him in real life but have no problem doing in a game! You can download the free or paid version on Google Play. 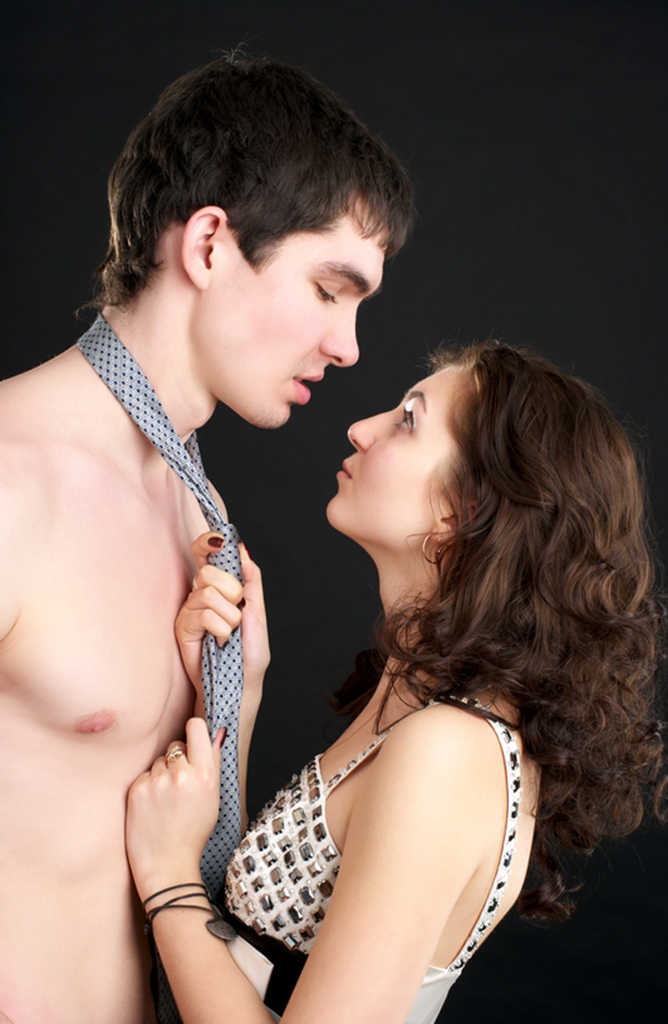