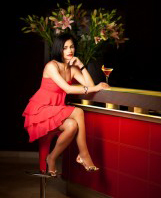 Relationships are messy! Especially if you’re boyfriend’s a slob, a liar, a flirt, or a loud snorer who’s always late? Here is the last part of our three-part series “How To Fix Your Boyfriend.” Part 3 focuses on you’re always tardy beau – what’s a girl to do about Mr. Late Date? Oh, this is such a difficult one to fix because it requires nerves of steel on your part, depending on how late he is and for what activity. If he’s late when you have assigned seats at the movie theatre?  Oh well, you’ll miss the trailers.  But late for your sister’s wedding? That’s nasty. If he is consistently late, he could just as easily be consistently early because as crazy as it sounds, he simply doesn’t have a realistic grasp of real time.  Maybe he underestimates how long it will take him to get from here to there.  Maybe he gets too caught up in what he’s doing and has a hard time tearing himself away from it.  But when you are consistently late, you are choosing to be late. Here are some strategies for either helping him to be more on time – or for helping yourself to not go ballistic waiting for him.