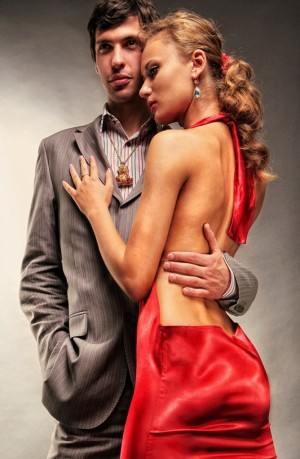 From the pages of the October 1962, True Love Magazine, the following article on wife swap clubs was published:

WIFE SWAP CLUBS: How They Work
The characters and places in the accompanying story have been fictionalized to protect the innocent. But, fantastic as they may sound, the events in this story are true. They happen all the time, all over the United States—perhaps even in your neighborhood. And the story is usually the same. Here, for example, is the way one recently exposed wife-swapping operation worked:

On April 24, 1962, police in San Bernardino, California, broke a sex club wide open. The club had been in operation for several years, placing ads in newspapers, and sending lewd letters to those who answered, describing in detail sexual experiences among the participants.

Three days after the club was raided, the publisher of the magazine Personals, published in the San Francisco area, was indicted for putting out a “wife-swapping magazine.”

One ad in the magazine—which was distributed throughout the United States—read: “Very broad-minded man, 36, seeks couples and others who share bizarre and unusual tastes.” Another man advertised that he was available for unique and different assignments. Another ad offered: “No prejudices. Looking for a daring feminine companion any age, or couple who would enjoy the company of fun-loving young man.’

How do these clubs work? First of all, they place this type of ad in a local newspaper or magazine. Sifting through the replies, the dub ignores the “straight” answers—those from people just looking for friends. Other replies are suggestively written. It is these people that the club contacts. The new couple is invited to meet the other members of the club, and is then propositioned.

Detective Leonard Alter, working on the San Bernardino case, stated: “This thing has spread all over California. It’s like a chain letter, the way it gets around.” And Assistant U.S. Attorney, Frederick J. Wollflen, accused these clubs of perpetrating “the worst obscenities I’ve ever seen.”

Why do couples engage in wife-swapping? What makes them willingly trade husbands and wives?

Psychologists feel that many couples engage in wife-swapping out of desperation. They don’t achieve sexual satisfaction with each other, and so they look elsewhere. Other couples merely want to try something new and different. Then, too, of course, the clubs attract people who are mentally sick. People who feel repressed and rejected, strike back at the morals of society in this evil way. Sex perverts also haunt these clubs.

What were some of the comments of the people caught? One wife commented: “Everyone seemed satisfied and happy. There were no bad feelings at all. Quite the contrary. I found that my husband and I were even more attracted to each other.”
A husband who had been playing the “swapping game” for eight months agreed: “It brought us closer together.” 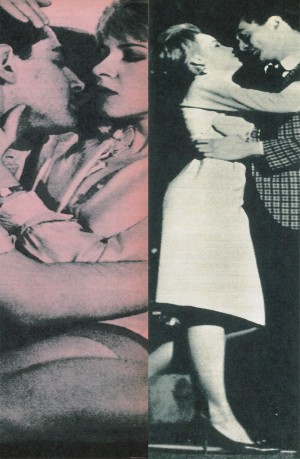 Another husband volunteered: “No, no problems, except she’s pregnant again.” When asked who the father was, the husband and wife looked at each other. “I’m sure it’s Frank’s,” the wife said finally. Then she smiled weakly. “Yes, we’re sure it’s Frank’s.”
Suppose you’re a young couple, newly arrived in town. You’re shy and have difficulty making friends, and yet you desperately want to meet people with whom you can have fun. Reading the newspaper one night, you run across an ad. How do you know if it is a legitimate ad, or one placed by a sex dub?

If you do see such an ad, contact your local police station. Show them the ad, and they will do the rest. It may turn out to be perfectly harmless—but you may also have saved some other innocent couple from being enticed into a sex club that can destroy their marriage and ruin their lives.