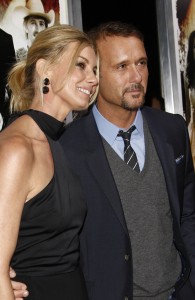 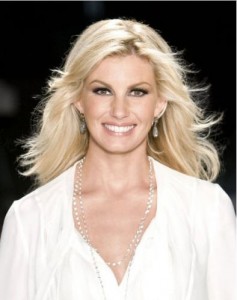 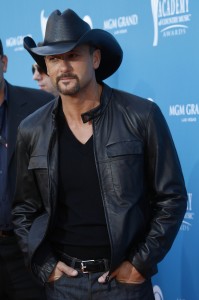 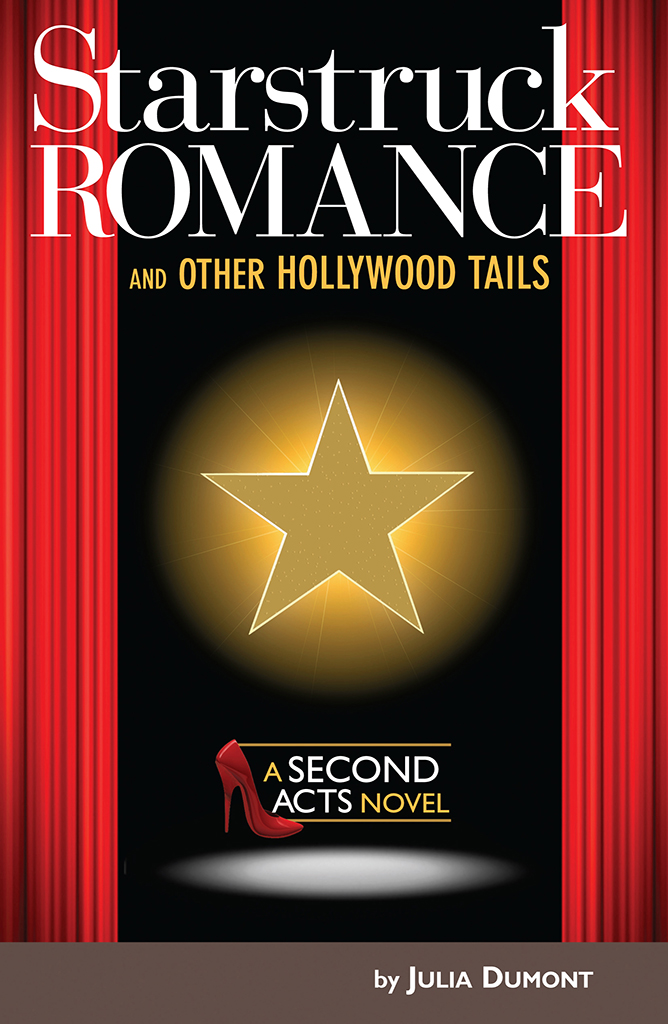 As her Second Acts Dating Service truly takes off, Cynthia Amas discovers that in the heady world of high-end Hollywood romance, with success comes complexity. In this wildly seductive romp through the lush canyons and lavish neighborhoods of Los Angeles, the line between business and pleasure quickly blurs in a dizzying rush of sex and celebrity.

Just as our heroine’s uncanny genius for matching up her growing roster of exclusive love seekers continues to deepen, her own love life reaches a fever pitch.

Things get complicated. And funny. And excruciatingly sensual. 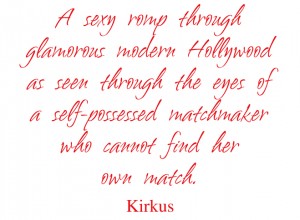 From Kirkus: An intrepid young matchmaker in Hollywood sparks chemistry with an old flame, an ex-flame and an A-list actor, all while finding love for her clients in this engaging romance. Cynthia Amas has no trouble juggling her new dating service and a slew of fresh clients from among the Hollywood elite. Her best friend, the outspoken Lolita, has her hands full running a dog-grooming business catering to the stars and managing her three dogs of varying sizes and temperaments, who bring her juicy gossip (at least she hears them talking!) Read More

Love, Lies & Dating: Will This Relationship Go Up in Smoke?

Dear Second Acts;
I have been seeing a gorgeous guy for a while. He’s a trial lawyer and a good one. He is passionate about his work and about me. There’s really just one problem, but it’s a big, fat, stinky one. He smokes cigars. Now I know there are lots of women who like cigars, or at least pretend to. I know they’re supposed to make a man look powerful and sexy and all that, but I find them unbelievably disgusting. Read More 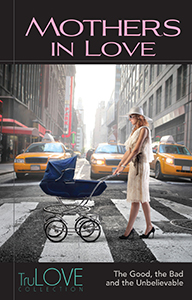 There’s love, and then there’s mother love — maybe the most powerful love of all. Meet the mothers at the center of each of the 14 love stories included in this TruLOVE Collection. Whether their stories were written in 1938 or within the last few years, and whether they’re about a single mom, a stepmother, or an overbearing mom who can’t let go, each one explores the struggle and challenge of love and motherhood. Several stories focus on women who became single mothers unexpectedly, either through abandonment or widowhood. Another story finds a stepmother trying to deal with her husband’s very unhappy child from a previous marriage.
Read More 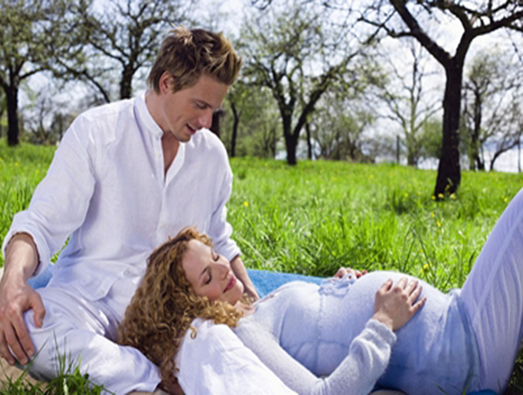 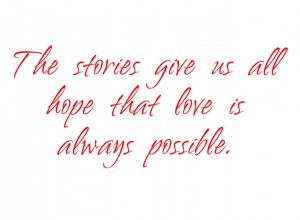 “Pick this up if you want stories that are full of drama and easy to read. I got hooked and raced through the book in a few hours. A nice variety of crazy people . . . my favorite people to read about. You will put this book down feeling extremely well adjusted. It’s like a collection of little soap operas. Favorite story — Forget My Daughter-I’ll Show You Ecstasy.” — L. Gordon, Amazon

Snakes, Rats, and Little Boys–Oh My!

As the realtor handed me the keys to my new, little house, I was definitely beaming with pride. In my entire life, I’d never lived in an actual house. And the fact that I’d earned the money to buy this one made myself, made the moment even sweeter. Though I sometimes wished I had a man to share times like that with, I’d learned to savor my independence. Read the Rest of the Story Here 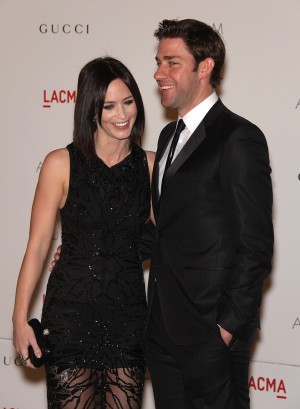 Any fans of The Office would naturally assume this would be a line spoken by the loveable character Jim Halpert, and not by the real life nice guy John Krasinski. But John is full of quotable lines when it comes to how he feels about his beautiful British bride, Emily Blunt. END_OF_DOCUMENT_TOKEN_TO_BE_REPLACED 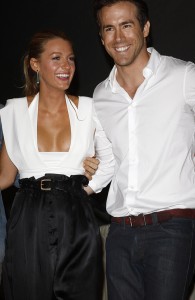 Reynolds started off on the small screen. He played the lovable Berg on the indie hit show Two Guys, A Girl, and A Pizza Place. Following the success of the sit-com, Reynolds was cast as the title character in National Lampoon’s Van Wilder. END_OF_DOCUMENT_TOKEN_TO_BE_REPLACED 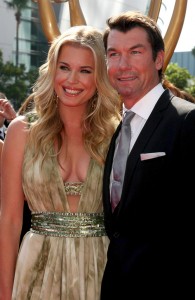 For any fans of the TV show Sliders, one would think the life of Jerry O’Connell was just an alternate reality. A world in which the heavy-set little kid from Stand By Me, would grow up to become a leading man who could capture the heart of one of the most gorgeous models in the world — Rebecca Romijn. This isn’t science fiction, it is the story of an unlikely pair that are still going strong and are now proud parents of twins. END_OF_DOCUMENT_TOKEN_TO_BE_REPLACED 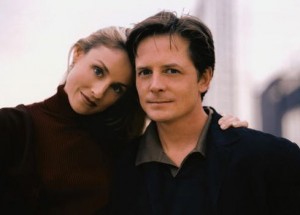 Family Ties was one of those shows that audiences loved. It had a little bit of everything. The young ex-hippie parents who were constantly at odds with their hard nosed Republican child, their materialistic daughter and their “tomboy” girl who just wants to be a normal kid. The show was on the air for seven years and won multiple Emmies and prestigious honors. By season 4, a young Michael J. Fox was television’s reigning “it” actor. END_OF_DOCUMENT_TOKEN_TO_BE_REPLACED 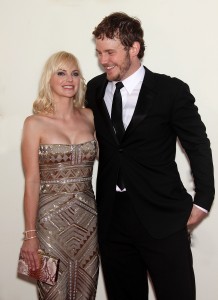 Hollywood has anointed a new King and Queen of Comedy. Chris Pratt and Anna Faris have taken all the right steps to claim the throne of the funny kingdom. The happy couple didn’t always consider themselves class clowns growing up, Faris in Seattle and Pratt in Minnesota. END_OF_DOCUMENT_TOKEN_TO_BE_REPLACED 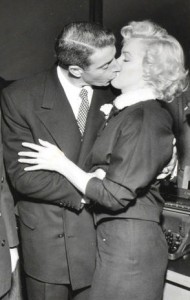 The date was set for March 8, 1952 at Villa Nova, an Italian restaurant which is now The Rainbow Bar and Grill on Sunset Boulevard. Marilyn Monroe who wasn’t sure she was much interested in a baseball player, was late by two hours. END_OF_DOCUMENT_TOKEN_TO_BE_REPLACED 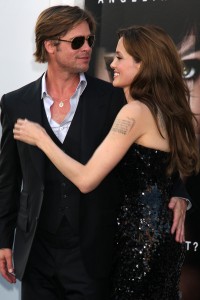 Born on December 18, 1963 to a trucking firm owner father and a school counselor mother, William Bradley Pitt was raised in Springfield, Missouri and had an interest in speech and forensics in high school. He was a journalism major at the University of Missouri, but decided to quit and try his hand as a movie star in Hollywood. END_OF_DOCUMENT_TOKEN_TO_BE_REPLACED